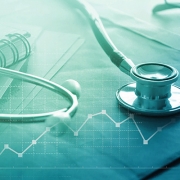 Pocket-size ultrasound devices that cost 50 times less than the machines in hospitals (and connect to your phone). Virtual reality that speeds healing in rehab. Artificial intelligence that’s better than medical experts at spotting lung tumors. These are just some of the innovations now transforming medicine at a remarkable pace.

No one can predict the future, but it can at least be glimpsed in the dozen inventions and concepts below. Like the people behind them, they stand at the vanguard of health care. Neither exhaustive nor exclusive, the list is, rather, representative of the recasting of public health and medical science likely to come in the 2020s.

Since March, UPS has been conducting a trial program called Flight Forward, using autonomous drone deliveries of critical medical samples including blood or tissue between two branches of a hospital in Raleigh, N.C., located 150 yards apart. A fleet-footed runner could cover the distance almost as fast as the drones, but as a proof-of-concept program, it succeeded, and in October the FAA granted the company approval to expand to 20 hospitals around the U.S. over the next two years. “We expect UPS Flight Forward to one day be a very significant part of our company,” says UPS CEO David Abney of the service, which will deliver urine, blood and tissue samples, and medical essentials like drugs and transfusable blood. UPS is not alone in pioneering air deliveries. Wing, a division of Google’s parent company Alphabet, received similar, but more limited, FAA approval to make deliveries for both Walgreens and FedEx. And in Ghana and Rwanda, drones operated by Silicon Valley startup Zipline are already delivering medical supplies to rural villages. —Jeffrey Kluger

There are 7.5 billion humans, and tens of millions of us track our health with wearables like smart watches, as well as with more traditional devices like blood-pressure monitors. If there were a way to aggregate all that data from even a few million of us and make it all anonymous but searchable, medical researchers would have a powerful tool for drug development, lifestyle studies and more. California-based Big Data firm Evidation has developed just such a tool, with information from 3 million volunteers providing trillions of data points. Evidation partners with drug manufacturers like Sanofi and Eli Lilly to parse that data; that work has led to dozens of peer-reviewed studies already, on subjects ranging from sleep and diet to cognitive-health patterns. For founder Christine Lemke, one of Evidation’s ongoing projects, to see if new technologies can effectively measure chronic pain, is personal: Lemke has a rare genetic disease that causes frequent back pain. Evidation is partnering with Brigham and Women’s Hospital on the project.—Jeffrey Kluger