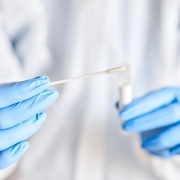 In an attempt to restart travel between America and European countries airlines have put together an appeal asking for a joint coronavirus testing program.

Owners of carriers including United Airlines and British Airways have all signed a letter for President Donald Trump and European Union leaders calling for the scheme. Currently travel between America and the majority of Europe is banned in an attempt to stop the spread of covid-19.

Air travel has been severely disrupted over the last six months with many passengers either opting to stay home or being forced into lockdown by their governments. This has seen many airlines and other travel companies struggle to keep their businesses going, with many relying on government bailouts, crisis loans, furloughs and layoffs.

However airline leaders from American Airlines, United Airlines, Lufthansa and International Airlines Group (IAG), who own British Airways, have come together in a bid to convince leaders to embark on a US-EU testing scheme for anybody taking trans-Atlantic flights.

The letter, sent to Mike Pence, US Vice President, and Ylva Johnasson, the European commissioner for home affairs, states:

“Given the unquestioned importance of trans-Atlantic air travel to the global economy as well as to the economic recovery of our businesses, we believe it is critical to find a way to re-open air services between the US and Europe.”

The letter continued, “We recognize that testing presents a number of challenges, however we believe that a pilot testing program for the transatlantic market could be an excellent opportunity for government and industry to work together.”

Although the rules are being looked at regularly the majority of EU countries have banned US residents from crossing their borders although some countries, including the UK have imposed a 14 self-quarantine period for anyone traveling in from America. In return, the US still has restrictions on anyone traveling to the country from Europe.

Americas Air Transport Editor at FlightGlobal, Pilar Wolfsteller believes that there are strict measures that need to be in place before flights between the two regions should be reinstated and has said, “Until the US and EU open their borders to foreign visitors again, it will be very difficult to impossible for airlines to climb out of the crisis.”

She continued, “For the major US carriers like United, American and Delta, European visitors are vital to their success and any progress towards re-opening transatlantic travel would be a great step forward towards normalcy for the airlines.”

It is not just the US and the EU that are advocating for more testing, China has also come out in support of passengers being asked to provide a negative Covid-19 test before they are allowed to board a flight.

The Civil Aviation Administration of China (CAAC) made the request at the same time as the country’s government continues to discuss ways they can reduce new cases coming into the country.

Although the spread of coronavirus has seemed to have been tapered across Europe it is appearing to continue to run riot across America, meaning many travelers are still opting to stay away. However the UK is currently looking at ways their citizens could head to some American states without and quarantine requirements.

The country’s Department of Transport has been looking at air bridges with other countries and has categorized 74 places as ‘safe’, however countries including Canada, China, Sweden, Mexico and America did not make the list.

With America currently having the highest number of deaths from coronavirus – at the time of writing there are 147,342 deaths as well as 4,170,333 confirmed cases across the country – many countries are still choosing to stay away.

And with President Donald Trump admitting that he believes the crisis would ‘get worse’ it seems many are still concerned about whether they should head here at all.

Yet if you break the country down state-by-state there are areas that have low levels of confirmed cases that, if they were an independent country, would have made the UK’s safe list. Therefore it makes sense for there to be ‘regional air bridges’ between the UK and specific states, with restrictions on where you can or cannot travel to after landing.

Gloria Guevara is chief executive of the World Travel and Tourism Council (WTTC) and has been a keen supporter of the regional air bridge idea saying, “The US is a major issue. If you judge it nationally, the absence of travel could go on for months, which is where individual testing of arrivals could work.’

She continued, “We need to see only regional border measures so that the recovery of a country’s whole economy is not jeopardized in the future.’

Another country excluded from the UK’s safe list was Portugal, despite the safety measures and training they had been putting in place. However there should be an air bridge between the two countries after the Portuguese government confirmed they had been campaigning for the ‘absurd’ decision to be overturned.

In response to the recent reports Transport Secretary Grant Shapps confirmed there would be ‘more announcements’ on the different ways the UK is hoping to open up for travel, saying “I will be talking more about the way forward on things like international travel corridors then. But now, each week actually, we are reviewing and, where required, updating the list of countries it’s safe to travel to.”