Blog - Latest News
You are here: Home / Around The Web / U.S. / America Becomes A Battle Of Red v Blue 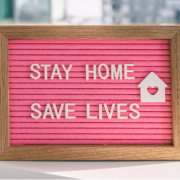 A recent analysis of cellphone data has highlighted the number of Americans who have been leaving their homes during the coronavirus lockdown.

Figures show that compared to the first six weeks of lockdown, a further 25 million more Americans ventured outside of their homes every day, even though experts are issuing stark warnings that if the country re-opens too early we could see a second wave of coronavirus infections and deaths.

Further analysis of the data highlights the fact that the average share of people who are remaining at home is just above 36 percent, a decrease of around eight per cent from the peak of the lockdown, which was an average 44 per cent.

The increase in numbers has been blamed on President Donald Trump who has been encouraging people to head back to work, despite it contradicting advice he had received from experts. However it has been interesting to see that states that are under Democratic (blue) rule are more likely to implement a gradual lift in restrictions while Republican (red) states – such as Nebraska and Georgia – have opted to reopen in a faster fashion. While Republican states are seemingly more interested in kick starting their struggling economies, the numbers of infections has already started to rise again.

The number of infections has declined overall throughout America however this is mainly in part due to the large drop in infections in New York (Democrat) thanks to a strict shut down and the current gradual reopening.

It seems the current global pandemic is the latest in a long line of blue state versus red state battles, with many politicians arguing over the assets, responsibilities, rights and liabilities.

Democratic run states are accusing red states of irresponsibility, claiming their rush to open their businesses will significantly increase the threat of a rise in infections and deaths from coronavirus. However Republican states are fighting back with claims that the blue states are sponging off welfare while the red states are continuing to bring much needed money back into America’s economy. There are also some Republicans who believe the Democrats have orchestrated a campaign to ruin the economy in an attempt to stop Trump returning to the top job in the November presidential elections.

Radio host and political commentator Rush Limbaugh commented, “The red states are gonna create capital and money to transfer to pay these people their stupid welfare costs (and whatever else they’re using to bleed this country dry), while their population sits home, doesn’t work, waits for a federal check to show up – and they sit around and they trash the supposedly reckless red states. I cannot tell you how this irritates me.”

However a recent look at where the government’s first round of aid payments went showed that Republican states were sent higher amounts in stimulus checks. Republican states also have worse health metrics as well as their education levels being lower than Democrat states.

There has even been blame from some Trump supporters that the strong business and travel industry in some Democratic states – such as New York, Washington and California – brought coronavirus to our shores.

The divide between Republicans and Democrats has grown in the last few months but the news last week that substantial Democratic cities such as Los Angeles and New York City would stay in quarantine until August at the earliest has seen the divide increase.

And it is not just business and travel that are continuing to be in lockdown. Californian State University has confirmed that all classes at each of their 23 campuses would continue to remain closed, with lessons continuing to be taught online, until after the fall semester, affecting over 700,000 students.

And it is expected that several Democrat run states will also keep their doors closed, particularly if the prediction of a spike in infections comes to fruition.

Federal Reserve Chair Jerome Powell has been warning that a prolonged recession is looming because of the pandemic and has recommended that the White House and Congress start to put bigger policies in place to prevent damage to the economy that could last for many years to come.

However Republicans have said that they believe the $3 trillion coronavirus aid package by the Democrat-controlled House of Representatives would be ‘dead on arrival’ once it reached the Senate, which is under Republican control.

Named The Heroes Act, the aid is providing much needed money across the country, including $200 billion in ‘hazard pay’ for essential workers and nearly $1 trillion for governments in an effort to prevent layoffs. There is also the opportunity for individuals to receive an extra $1,200 in cash aid, or $6,000 for each household. Yet while many citizens are in desperate need for this money – regardless of whether they are living in red or blue states – Republicans are claiming that Democrats are taking advantage of the crisis, making sure specific areas gain more money in an attempt to garner favor during the presidential elections towards the end of the year.