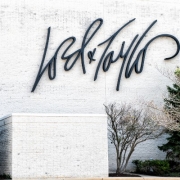 The list of retail companies that have had to close their stores, many due to the effect of the continuing coronavirus pandemic, has seen a new business added to the list. Lord & Taylor, America’s oldest department store have announced they will be closing their doors for the final time after nearly 200 years of shopping. In a previous statement the company had said they would try and keep 14 of their locations open as they seek Chapter 11. However an announcement this week confirmed that they would be closing all 38 of their stores in liquidation sales.

The company originated in 1824 in Manhattan as a dry goods store and continued to grow, being sold to Le Tote Inc – a French rental clothing company – in 2019. However both companies have now independently filed for bankruptcy protection in the Eastern Court of Virginia.

“While we are still entertaining various opportunities, we believe it is prudent to simultaneously put the remainder of the stores into liquidation to maximize value of inventory for the estate while pursuing options for the Company’s brands.” The company appeared to be selling off assets as early as last year, before coronavirus, with the sale of its flagship building on Fifth Avenue in New York. The building, which they had owned for over 100 years, was snapped up by co-working company WeWork, although earlier this month Amazon confirmed that they have taken it over.

Lord & Taylor are not the first company to have filed for Chapter 11 protection this year and it is highly unlikely they will be the last. Due to the effect coronavirus has had on America the first half of 2020 saw more retail bankruptcies than the entire 2019 period. One of the first retailers to file for bankruptcy this year was stationery and greeting card chain Papyrus who closed their doors after parent company Schurman Fine Paper were forced to call time on their business. Speaking at the time, chief executive Dominique Schurman said, “despite our Herculean efforts to realign our Papyrus and American Greetings stores to fit today’s shopping environment, Schurman Retail Group had to make the difficult decision to close all 254 of our stores in North America.”

Only 5 retailers filed for bankruptcy in the first two months of the year, however when coronavirus hit America the numbers increased significantly with 7 more stores closing in March, followed by a further 6 in April.

Popular department store chain J.C. Penney filed for bankruptcy in March, becoming one of the first bricks-and-mortar stores to become a victim of Covid-19. The retailer worked with their existing lenders for “$900 million of debtor-in-possession financing” to enable them to continue operating as they worked their way through bankruptcy proceedings. As the pandemic has continued to tighten its grip on America more stores continued to close with a further 8 being forced to stop trading in May and a further six in June, including Old Time Pottery Inc (OTP) who filed for Chapter 11 bankruptcy in Nashville on June 28.

This is the second time the company has filed for bankruptcy, the first time being in August 2009. That time the reason listed was the 2008 recession although their bank (SunTrust) had reportedly cut the lines of credit to OTP from $40 million to $18 million, finally refusing any advances on the line at all, effectively forcing the retailer into bankruptcy. Lord & Taylor’s announcement came on the same day as Tailored Brands also confirmed they had filed for bankruptcy. The company, who own Men’s Wearhouse and Jos. A. Bank had already admitted they were having financial difficulties before the shelter-in-place orders were enforced as the demand for smarter wear such as suits and ties was diminishing. The country’s ever-changing dress sense has also forced Brooks Brothers to file for bankruptcy protection. The company, who famously dressed virtually every American president, closed after 200 years of trading while their rivals, Barneys New York, filed for bankruptcy in 2019 and is currently being dismantled.

Tailored Brands has been able to allow their brands, including Men’s Wearhouse and Jos. A. Bank as well as Moores Clothing For Men and K&G Fashion Superstore, to continue trading while they restructure, the company is working towards reducing its funded debt and has a goal to reduce it by at least $630 million. With July seeing a further nine retailers close – including The Paper Store Inc and Occasion Brands LLC – it is a worry as to what the rest of the year will bring. Along with the store closures the number of unemployed is increasing with businesses having to let employees go – not just in retail but also in businesses across the board. And with different types of federal aid either stopping or being reduced people are starting to worry not about where they can buy their next suit or stationery, but their next meal.

Tourist Fined For Breach of Quarantine Rules
Scroll to top