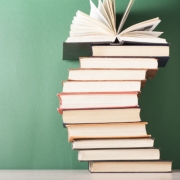 The death of George Floyd on the 25th of May shook the world. It has and has sparked monumental protests globally, bringing with it important and longstanding conversations on the overarching issue of racism. Systematic injustice, institutionalized racism and white privilege are not new issues, nor new discussions, but have been rightfully brought to the forefront of society in the tragic wake of George Floyds death. A spark that emblazed the already increasing unrest regarding recent and longstanding racial injustices. It is important that we all engage in discussions of race, prejudice, discrimination and privilege. Part of that process comes a duty to do the work and educate oneself on racial injustices. Here are some works that discuss these extremely important issues:

How to be an Anti-Racist by Ibram X Kendi
This 2019 book received wide acclaim and became a New York Times’ Bestseller and awarded ‘Book of the Year’ from Time, Washington Post, Publishers weekly and more. Ibram X Kendi is a columnist for The Atlantic, Professor of History and International Relations and founding Director of Anti-racist Research and Policy Center at American University.

Putting forward the idea of an anti-racist society, this poignant and timely title ‘refreshes and re-energizes’ discussions on racism. Providing active solutions in building a better, anti-racist world. Kendi illuminates the role racism plays so insidiously in society, allowing readers to see its place and consequences clearly and putting forward new ways of thinking. It exposes racism’s overt nature, from the way it creates hierarchy, alters mindsets and intersects with gender, class, culture, geography and even self-value.

Publisher, Penguin Random House summarizes: ‘Kendi weaves an electrifying combination of ethics, history, law, and science with his own personal story of awakening to antiracism. This is an essential work for anyone who wants to go beyond the awareness of racism to the next step: contributing to the formation of a just and equitable society.’

Me and White Supremacy. How to Recognise Your Privilege, Combat Racism and Change the World by Layla Saad
In 2018, a 28-day Instagram challenge was posted by Layla Saad, where she encouraged people to examine admit to ways in which they prop up white supremacy with the hashtag #MeAndWhiteSupremacy – and the sentiment caught fire. Over 80,0000 people participated and downloaded the workbook that accompanied the movement. Now, that workbook has been made into a book, contextualized with history, culture, personal stories, examples and further resources.

Layla Saad is a writer, speaker and podcast host on ‘race, identity, leadership, personal transformation and social change.’ This is her first book, which has been widely praised. Robin DiAngelo, author of White Fragility wrote: ‘An indispensable resource for white people who want to challenge white supremacy but don’t know where to begin’.

Effectively summarized in the blurb: ‘Me and White Supremacy teaches readers how to dismantle the privilege within themselves so that they can stop (often unconsciously) inflicting damage on people of color, and in turn, help other white people do better, too.’

Why I am no longer talking to White People About Race – Reni Eddo-Lodge
Although oriented for a British readership, Reni Eddo-Lodge succinctly and intelligently outlines the effects and engrained nature of systemic racism, identifying how it is tightly stitched into sectors such as employment, education, feminism, politics, class and beyond. As an award-winning journalist herself, Lodge powerfully and astutely dissects race relations and white dominance, re-surfacing eradicated black histories. As publisher Bloomsbury wrote: ‘It sparked a National Conversation,’ and it did, winning book awards along the way.

‘Every voice raised against racism chips away at its power. We can’t afford to stay silent. This book is an attempt to speak’ Reni Eddo-Lodge voices.

White Fragility: Why It’s So Hard for White People to Talk About Racism by Robin DiAngelo

This bestselling book’s titular term was coined by Robin Diangelo in 2011, White Fragility – refers to the reactions that many white people portray when they have unintentionally caused racial offence – ‘Anger. Fear. Guilt. Denial. Silence’ the book identifies. However, these reactions are damaging and silencing to people of color and do not allow for the honest conversations needed to promote change. As an academic and Sociologist, Robin Diangelo is in a unique position to examine these mindsets and demonstrate the ways in which better conversations can be had.

‘Using knowledge and insight gained over decades of running racial awareness workshops and working on this idea as a Professor of Whiteness Studies, she shows us how we can start having more honest conversations, listen to each other better and react to feedback with grace and humility. It is not enough to simply hold abstract progressive views and condemn the obvious racists on social media – change starts with us all at a practical, granular level, and it is time for all white people to take responsibility for relinquishing their own racial supremacy.’

There are many more books, podcasts, speeches, resources on this topic, compared to the small few outlined here. They are incredibly powerful and useful tools in combating systemic racism, promoting change and allowing white people to effectively address privilege. Including: Ijeoma Oluo’s So You Want to Talk About Race, Carol Anderson’s White Rage: The Unspoken Truth of Our Racial Divide, Patrisse Khan-Cullors’ and Asha Bandele’s, When They Call You a Terrorist: A Black Lives Matter Memoir’.