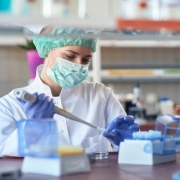 The Australian government has announced that a deal has been secured with drug manufacturer AstraZeneca to supply its potential Covid-19 vaccine to the entire population at no cost to the individual.

British-Swedish pharmaceutical company AstraZeneca is currently working to develop the vaccine in partnership with Oxford University in the UK, with advanced trials already taking place thanks to thousands of volunteers spread across the world.

Australia is the latest country to sanction a deal for the potential vaccine with AstraZeneca and the parties have agreed that, when it is ready, the Australian government would manufacture the vaccine and then offer and distribute free doses to all citizens.

“The Oxford vaccine is one of the most advanced and promising in the world, and under this deal we have secured early access for every Australian,” Prime Minister Scott Morrison said following the announcement.

“Under the deal, every single Australian will be able to receive the University of Oxford Covid-19 vaccine for free, should trials prove successful, safe and effective.”

“However there is no guarantee that this, or any other, vaccine will be successful, which is why we are continuing our discussions with many parties around the world while backing our own researchers at the same time to find a vaccine,” Morrison added.

Results of the vaccine’s Phase 1 and 2 trials were released by AstraZeneca in late July and they suggested that their vaccine candidate was indeed safe, as well as effectively and rapidly inducing an immune response in those that took it.

Phase 2 and 3 trials are currently underway and will seek to determine whether or not the vaccine effectively protects against the novel coronavirus. AstraZeneca has claimed that it expects results to be available by the end of the year and that they will be determined by the rate of infection within the communities that are being used to trial the vaccine.

AstraZeneca has already announced deals and agreements with various governments and organizations around the world to provide at least 3 billion doses of its vaccine. The first deliveries will begin as early as September and the firm has just announced a deal with the European Commission that will allow EU member states to distribute the vaccine between themselves as needed.

“AstraZeneca has concluded an agreement with the European Commission (EC) to supply up to 400 million doses of the AZD1222 COVID-19 vaccine. Building on the existing agreement with Europe’s Inclusive Vaccines Alliance spearheaded by Germany, France, Italy and the Netherlands, this new agreement will give all EU member states the option to access the vaccine in an equitable manner at no profit during the pandemic. It also allows EU member states to redirect doses to other European countries,” a statement on AstraZeneca’s website read.

Scott Morrison sparked controversy following the announcement of the deal to secure the vaccines by indicating that he would be making it compulsory for all Australians to take. This received backlash from anti-vaccination groups in Australia and across the world, as well as those who believe that the pandemic is a hoax.

“If this vaccine proves successful, we will manufacture and supply vaccines straight away under our own steam and make it free for 25 million Australians,” Morrison said.

“There are always exemptions for any vaccine on medical grounds, but that should be the only basis,” he told radio station 3AW. “I would expect it to be as mandatory as you could possibly make it,”

“We are talking about a pandemic that has destroyed the global economy and taken the lives of hundreds of thousands all around the world, and over 430 Australians here.”

With those creating an uproar in Australia and beyond claiming that mandatory vaccination was against human rights, it did not take long for Prime Minister Morrison to backtrack from his previous statement and clarify that Australian citizens would indeed be able to back out of receiving a vaccine. The 52-year-old claimed that his administration would aim for a 95% vaccine rate across the country which would account for those physically unable to receive one, but that looks unlikely with the dissatisfaction shown when Morrison claimed it would be mandatory.

“Nobody’s going to force anybody to do anything as a compulsory measure, but we will certainly be encouraging people to take this up,” Morrison told the 2GB radio station in Sydney. “Everybody needs to understand what we are trying to achieve here.”

“Vaccination is one of the most cost-effective ways of avoiding disease… it currently prevents 2-3 million deaths a year, and a further 1.5 million could be avoided if global coverage of vaccinations improved,” the WHO states on its website, but it has been widely reported that vaccine avoidance is increasing, resulting in a resurgence of diseases such as measle that could otherwise be preventable.

US Expands Sanctions on Huawei
Scroll to top