Blog - Latest News
You are here: Home / Around The Web / Business / Avocado Crime Increases Due to Super Bowl Profits 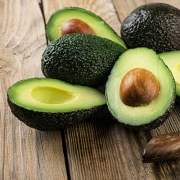 In the United States there is no bigger day in the sporting calendar than that of the Super Bowl, with many companies vying to get a slice of the profits that are generated thanks to the multi billion dollar industry.

Whether it is sportswear, team paraphernalia or even travel, there is money to be made everywhere. And with Super Bowl parties being held up and down the country, millions of us will be needing to eat while we watch.

Which is where avocado crime comes in.

It may seem a strange industry to have such high crime rates but with millions of Americans dipping their chips into guacamole each year the avocado industry has seen its profits soar. So much so that avocado farmers in Mexico are having to guard their crops against criminal gangs who are keen to make some money from the ‘green gold’ fruit.

In the western state of Michoacán in Mexico around twelve lorries an hour head towards American soil and armed robbers are lying in wait for them.

This fast growing industry has seen some areas of the state become no-go areas for many, including the police, thanks to high levels of avocado related crimes.

Juan lives in the area and his family has two farms close to the main city known for its avocado production, Uruapan. Not wanting to confirm his full name for fear of the criminals tracking him down, Juan said, “we’ve tried to work with the government [to combat crime] but even they are afraid in some areas and don’t dare go in.”

Currently production for guacamole peaks ahead of America’s biggest sporting event with 127,000 tonnes of avocados being shipped to the United States just to cover the one day. Demand for avocados is increasing overall, with 1.09 tonnes being produced in the 2018-19 season, an increase of around 4 per cent on the previous season.

Exports also rose last season by 5.4 per cent however sales to the US are still the largest market with Americans spending around $2 billion a year.

“Where there’s money, that’s where the bad guys go. With all the publicity that it’s going so well for us — this will be the sixth year that Mexican avocados have [been] advertised in the Super Bowl — it draws attention to us,” said Juan, one of many smallholders who are seeing the majority of the profits.

Christian Wagner, an analyst at risk consultancy Verisk Maplecroft believes the criminal activity is reminiscent of ‘conflict minerals’ including tungsten, tin and tantalum as well as gold. “Because the degree of enforcement in Mexico is so low, if they see an opportunity they [the criminal groups] will start doing it. Avocados could become a conflict commodity.

In the past the majority of revenue Mexico’s organized crime groups received was from extortion, where the criminals would demand ‘protection money’ from the farmers. But with the dramatic drop in the price of Mexican opium paste the gangs have been forced to channel their operations elsewhere, including hijacking the trucks that are taking the fruit to be exported.

As Wagner explains, “what motivates them is profit margins. They have an impressive capacity to invest and go into new areas of activity”.

And according to Nathaniel Morris, a researcher of Mexican modern history at the University College London as well as being the co-author of a report on the Mexican opium crisis and American fentanyl boom, there is an indirect link between our own drug problems.

With more Americans opting to use the synthetic opioid fentanyl for pain relief, the price of heroin has dropped, causing a ripple effect on the Mexican opium industry.

Between 2017 and 2018 the price per kilo on opium collapsed with some key producing areas reporting a fall to a quarter.

Morris confirmed “[The fall in the opium price] is helping drive the further expansion [of criminal gangs] in the avocado industry and the negative side effects around it”.

Last year the US Department of Agriculture decided to temporarily suspend inspections in the Uruapan area due to the increasing rate of violence as well as their concern for the safety of its employees, as many had been repeatedly threatened. The USDA wrote to Apeam – the Mexican avocado producers and packers association – to inform them that any further threats or security breaches could result in suspension.

In fact the areas have become so dangerous that many communities have taken to hiring private security guards in an effort to protect their towns. As Juan himself has witnessed, “In Uruapan, there are only 130 policemen. [They] aren’t sufficiently trained and there aren’t enough of them”. Yet with many in Michoacán needing an income it seems that smallholder farmers are prepared to take the risks to grow avocados.

One official at an avocado production company explains, “If it weren’t for the 30,000 small avocado producers, Michoacán would have a very serious problem with migration, crime and poverty. Buying avocados helps families and small producers. Without that, they are at the mercy of criminal groups.”