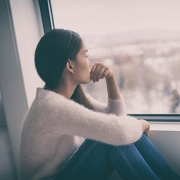 There is an art to anger. From a furious Christ pummelling merchants in a 14th-Century fresco by Giotto to a window-smashing spree in Beyoncé’s 2016 music video Hold Up, cultural history is punctuated with punchy images that are more than a little hot under the collar. Such works see wrath and rage not as the shameful antitheses of composure and control but as raw and vital in comprehending who we are. Rarely as celebrated or adored as works devoted to love and affection, these studies in abject aggression are no less profound in their meditation on the full palette of pigments with which we paint ourselves into being. Anger may not be angelic, but it is human and deserves some respect.

The fully fuming Medea we’re accustomed to seeing, who wears her hate on her sleeve in portraits such as Eugène Delacroix’s Medea About to Murder Her Children (1838), won’t show her wrathful face for centuries. In the meantime, anger, as a concept, underwent something of a metamorphosis in Western cultural consciousness thanks in part to the theorising of a 4th-Century ascetic monk, Evagrius Ponticus, to whom we owe the notion of ‘deadly sins’. In his treatise Logismoi, written in 375, Evagrius identified eight patterns of evil thought from which sinful behaviour emerges (a schema the Catholic Church went on to abbreviate to seven in the 6th Century) and set anger apart from the other unsavoury emotions of which we’re capable. Evagrius argued that all other sins could be grouped into broader categories: those that stem from lustful desire (including greed, gluttony, and fornication) and those that issue from a corrupt mind (pride and vanity), while sorrow and discouragement together sat somewhere in the middle. But anger was different. It belonged to its own class of ‘irascibility’ or ‘ire’ – a word derived from the ancient linguistic stem ‘eis-’, which carried connotations of divine passion. A close cousin of holy fire, anger was equated by Evagrius to being possessed by a demon and was proof, he concluded, that humans shared a sacred nature with angels.

The influence of Evagrius’s thinking on cultural consciousness is discernible in a seminal depiction of anger in the Scrovegni Chapel in Padua, celebrated for its ethereal fresco cycle by the late medieval Florentine master Giotto. In addition to his famous depictions of lamentations and adorations set against an evaporating blue, Giotto also includes in his design a sequence of 14 personifications of vices and virtues expressed in sober grisaille, or shades of grey and cerebral brown. Among the seven vices he portrays, Giotto’s ‘Ira’, stands out for its intensity. It depicts a woman violently tearing away the material layers that restrict the outward flow of her inner incandescence. The heavenward thrust of the female figure’s exposed chest and the strain of her anguished face to be recognised by the firmament above her, aligns rage with an awkward yearning to commune with something higher. Rage is ugly but it’s real.

The Ugly Efficiency of Modern Sports

Don’t Skip Out on Skip-Gen Travel
Scroll to top