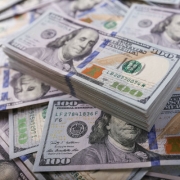 Bernard Arnault, chairman and CEO of luxury goods brand LVMH, has overtaken Bill Gates to be named the world’s second-wealthiest person by Forbes.

According to Forbes’ Real-Time Billionaires List, the French businessman added an estimated $2.8 billion to his fortune over the past day, meaning his net worth increased by 2.7% to a total $107.6 billion.

That puts Arnault behind only Amazon founder and CEO Jeff Bezos, whose net worth sits at $110.5 billion, according to the list.

Gates, meanwhile, has a net worth of $107 billion, Forbes’ list shows.