Blog - Latest News
You are here: Home1 / News2 / Entertainment News3 / Box Set Bonanza: The Good, The Bad And The Necessary 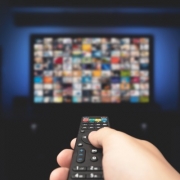 For many of us during this worldwide pandemic, time has become something that has stood still for the first time in years. Talks of finally taking time to reflect, being able to think about what we really want out of our lives and having clarity on the most important things.

Others however may have found this time difficult to get through and have therefore looked to different forms of entertainment to keep themselves entertained. From Normal People to Tiger King, there is a series out there to suit all tastes.

When you think about it, the term ‘box set’ is kind of obsolete; it actually refers to a time gone by. ‘A box set or boxed set, is a set of items traditionally packaged in a box and offered for sale as a single unit’. Back when the enjoyment of a good series meant purchasing the whole set from a store. Ironically, these boxes almost cease to exist in our modern society as the digital world of film and TV has taken over our lives. Channels such as Netflix, Now TV, Sky, Virgin, BBC iPlayer and Disney+, to name a few, now offer an endless choice of series’ with a vast array of different genres and themes. The convenience of these sets, ready, watchable and dismissable all at the click of a button, is now firmly entrenched in modern entertainment culture.

The cost of these providers is something to be considered. Many households are finding themselves switching from different users as prices are increased or better offers are advertised. Undoubtedly, you would not be alone if you were to decide to invest in a new channel, just because your favorite box set is now showing series 1 – 24 in HD. You can justify it with all of the extra bonus programmes you’ll get to watch!

The beauty of many of these box sets is that quite often they don’t go out of fashion. What one friend was watching years ago, could become your new current favorite. With lock down in full swing, choosing to start a series you meant to watch years ago, now becomes the perfect opportunity. Take Breaking Bad for example. First aired in 2008, with 6 seasons to date. It sees Walter White, a chemistry teacher, discover that he has cancer and decide to get into a meth-making business to repay his medical debts and ensure his family is financially secure after his death. The story is both relatable and unimaginable, taking its viewers on a roller-coaster of emotions. 12 years on and it is still one of the most popular box sets to watch having won an impressive 16 Emmys.

Breaking Bad is just one of the few series that has encompassed the idea of a spin off show (Better Call Saul) . With the most popular characters getting their own part of the action. Other shows such as Chicago Fire becoming Chicago Franchise as it branches out into spin off shows, Chicago P.D., Chicago Med and Chicago Justice. As of April 15th 2020, 443 episodes of the franchise have been aired. Viewers are enthralled by the idea of actors from different spin offs, making an unexpected appearance in each other’s shows.

A clear indication that a particular series has become both a talking point and a current favorite with its increased popularity is when it has its own merchandise. More often than not, this merchandise is not even being sold by the series creators themselves. Tiger King has seen freshly printed T.shirts sprawled across the internet as we blame Carole Baskin for everything and question if she killed her husband. Even apps such as TicToc are jumping on the bandwagon with celebrities and such like dancing to Tiger King adapted dance pieces.

As stated in The Guardian, perhaps during this time of isolation and quarantine, we relate to the story being told, ‘this bringing of the wild into our domestic spaces is, after all, what got us sick’. Love him or loathe him, Joe Exotic has become a name of recognition during this uncertain time.

24 hours in a day, will have you competing against your Friends and not Only Fools and Horses but also those of you not stuck in The Office any more will find Stranger Things to watch as You keep Safe in lock down.

How many episodes do you aim to get through in an evening? Do you relish a dreary day as it gives you an excuse to stay in your pajamas and crack on with your current craze?

We know that this pandemic has put halt to current creative projects and filming, let us hope that as things start to go back to a new kind of normal, we won’t have to wait too long for our favorite series’ next installment.

Kirstin Macare-Cook is a Contributing Editor at The National Digest based in the United Kingdom. You can reach her at inquiries@thenationaldigest.com.

Trump Refuses To Give The Media Mask Satisfaction