Blog - Latest News
You are here: Home1 / Around The Web2 / Health3 / California May Extend Health Coverage to Seniors Here Illegally 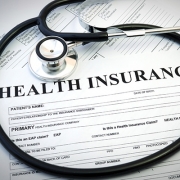 California has been slowly erasing legal immigration status as a requirement for medical coverage under the state’s healthcare program for low-income residents, allowing children in the U.S. illegally and, this month, young adults to enroll. Now, Democratic lawmakers expect Gov. Gavin Newsom to embrace an effort to include seniors without legal status in the state’s Medi-Cal program — either in his new state budget or with his signature on legislation.

Newsom will send the Legislature a full state spending plan this week, and is expected to unveil it on Friday. State Sen. Maria Elena Durazo (D-Los Angeles) said she expects it to include the Medi-Cal expansion after the governor told her in September he would champion the effort in his next budget. Durazo said that assurance prompted her to hold her bill last year that would have expanded coverage to adults 65 years or older who are living in the U.S. illegally.

“He made a very explicit commitment that he would include it in his budget,” Durazo said Monday, adding that she had not heard anything since then to change that understanding.

“I’m hopeful,” she said. “I have no reason to think it won’t be included.”

The Key To Clear Skin Is A Healthy Lifestyle

Where Does Real Estate Crowdfunding Stand in 2020?
Scroll to top