Blog - Latest News
You are here: Home1 / Around The Web2 / Sports3 / Canadian Men’s Field Hockey Team On Its Way To Olympics 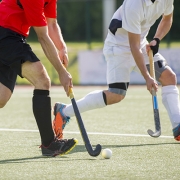 Few Olympians in the 2020 Tokyo Summer Games will savour the moment more, or will have displayed more perseverance in getting there, than James Kirkpatrick.

The field hockey player from Victoria, a late cut from the Canadian team to the 2016 Rio Olympics, will finally become an Olympian after four years of steely staying power.

But that appeared far from certain after favoured Canada fell behind 5-3 to Ireland in the first game of their two-game, aggregate-goal, last-chance qualifying set played over the weekend in West Vancouver.

It looked even more dire when it became 6-3 after Ireland scored the first goal of the second leg Sunday. But three unanswered Canadian goals, the last on a penalty stroke called after video review with just one second remaining in regulation time, tied it in the most thrilling of fashions. Canada then fell behind 3-1 in the penalty strokes tie-breaking round before pulling it out 5-4.

“It’s kind of surreal and it’s still sinking in. I don’t think it has fully sunk in yet,” said Kirkpatrick, on Monday.

“We did not have a lot of room for error. But we were not fazed. We kept believing it was going to happen. It’s a never-say-die, scrappy attitude that got it done for us.”

Kirkpatrick’s personal journey exceeds even that of the national team as a whole.

“It’s crazy to be back after having qualified for the Olympics twice in a row,” said the Oak Bay High graduate.

The last time, however, Kirkpatrick was left off the team for Rio 2016 after helping Canada qualify. But he has gone from being on the bubble to now an integral part of the Canadian midfield.

“I went out and played my game and I’m just enjoying the moment,” he said.

The 28-year-old, who is a software developer away from the pitch, has certainly earned this moment.

“It’s an amazing feeling and it couldn’t have happened in more dramatic fashion,” Kirkpatrick said.

It happened playing alongside his former University of Victoria Vikes teammates, and now fellow national team players Keegan Pereira and Brenden Bissett, making it all the more special.

That’s not to mention having two-Olympian and former Canada captain Rob Short on the Canadian bench as assistant coach. Short is a member of the Victoria Sports Hall of Fame and Kirkpatrick was inspired as a kid by watching Short play.

“Rob Short is a legend in our sport and someone the current group of national-team players lean on,” said Kirkpatrick.

Next up is the Canadian women’s team, which by coincidence, has also drawn Ireland in its two-game, total-goal, last-chance Olympic qualifier for Tokyo 2020. That will take place Saturday and Sunday in Dublin.

The Canadian men’s team is based in Vancouver. The women’s national team, looking for its first Olympic Games appearance since Barcelona in 1992, is based in Victoria.

An $82,000 online crowd-sourcing campaign in the spring allowed the Canadian women’s team to travel to Spain for a crucial first-round qualifier, in which Canada placed second, to allow it to advance to this final round of qualification against Ireland.