Blog - Latest News
You are here: Home1 / Around The Web2 / Culture3 / Cancel Culture is Unjustly Criticized 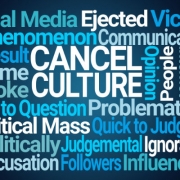 A common refrain from older generations nowadays seems to be the condemnation of call-out culture — Obama recently expressed such an opinion, resulting in think pieces like “Obama’s Very Boomer View of ‘Cancel Culture.’”

Cancel culture has been relentlessly discussed by those doing the canceling, by those being canceled, and by those anxiously fearing the day that they meet the same fate. It’s been described as a way of creating cultural accountability, as a professional assassination and even as a step toward genocide.

As Obama put it, call-outs are seen as a way to prove ideological purity, or as a means of activism. Calling someone out is a great way to show you know what they did was wrong. Cancellation, then, is seen as a no-holds-barred, nuance-less effort to destroy every person who has ever made a mistake, with no room for improvement, change or education.

Cancel culture isn’t driven by a mob of out-of-control teenagers. As Osita Nwanevu writes in her New Republic article, the absurdly serious warnings against the threat of “being criticized by multiple people — often but not exclusively on the internet” isn’t in response to rampant cancellation. It’s in response to who’s doing the canceling.

TikTok Could be Getting into the Streaming Music Business