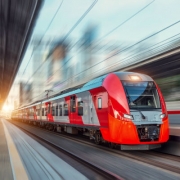 Millions of rail passengers face disruption to journeys across Britain over Christmas and New Year as a result of engineering work.

Many travellers to and from the capitals of England, Wales and Scotland will be adversely affected.

Once again, the worst effects will be felt to and from Paddington station in London, the terminus for the West of England, the Cotswolds and South Wales.

The main cause is work on Crossrail, the east-west line through London that was due to open in December 2018, but which is way behind schedule.

“It’s best to travel by Monday 23 December,” says GWR, which runs most services to and from the terminus.

All lines will be closed from Christmas Eve to Friday 27 December inclusive, because of track and overhead wiring work in the Southall close to Heathrow. Only Underground trains will run, and they will be suspended on Christmas Day along with all other rail services nationwide.

After 23 December, no Night Riviera sleeper trains will run between Paddington and Penzance for the rest of the year.

Although some Paddington services will start up on Saturday 28 December, only two of the four lines from the station will open due to track work between London and Reading.

Heathrow Express and TfL Rail links to Britain’s busiest airport will also be affected, with a reduced service from Saturday 28 December.

Problems for travellers to and from South Wales will be exacerbated by the closure of the line west of the Severn Tunnel.

The main link between England and South Wales, through the tunnel, will close from the end of service on Christmas Eve through to Friday 3 January.

Work will take place at various locations between Severn Tunnel Junction and Bridgend, west of Cardiff.

Some Valley Line services will run through Cardiff Central, but CrossCountry links from Birmingham will be replaced by buses.

On the East Coast main line, the morning of Friday 27 December will bring disruption at a time when many passengers would plan to travel after a two-day shutdown.

Trains will be disrupted up to lunchtime to and from the southern terminus, London King’s Cross area, closing some lines on Friday morning. LNER, Grand Central and Hull Trains services will be cancelled or run with extended journey times.

Thameslink and Great Northern services will also be affected.

Network Rail says: “Major upgrade work will take place, upgrading and simplifying the track layout around the station for the first time in 40 years.

“Two new lines will also be added, increasing the number of services that can run to/from the station, as well as allowing for faster train services.”

The High Speed One line from London St Pancras to Ashford in Kent and beyond will be closed from the last trains on Christmas Eve, re-opening on Sunday 29 December. Other, slower trains will continue.

Eight Questions To Ask Yourself When Creating Your Business Vision