Blog - Latest News
You are here: Home1 / Around The Web2 / Science3 / Church of Atheism Might Worship Science, but it is Not a Religion, Court... 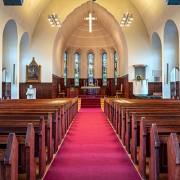 A self-styled “church of atheism” has been denied charity tax status after the Federal Court of Appeal agreed with the Minister of National Revenue that it is not actually a religion, even though it claims to have a minister, 10 commandments, and a worshipful relationship to the “sacred texts” of what it calls “mainstream science.”

The Church of Atheism of Central Canada put up a determined fight in its appeal. It made a Charter argument that the ministry’s denial was discriminatory, which failed because non-profit corporations do not have the same equality rights as people do in Canada.

The Church claimed it should be a charity because its activities contribute to the “advancement of religion,” which is one of four purposes sufficient to get charity status.

But “religion” is otherwise undefined, so it was left to the court to decide whether this particular expression of atheism qualifies. A three-judge panel, including Justice Marc Nadon whose appointment to the Supreme Court of Canada was overturned in 2014 on eligibility grounds, found it does not.