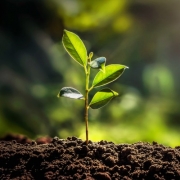 Climate change is an ongoing issue that needs to be urgently faced by governments all around the world. The simple act of planting trees to help the environment is not the solution to climate change. Researchers in two different studies have recently analysed the effect of these poorly designed tree campaigns in order to help governments make informed decisions.

Previous studies have indicated that trees have the ability to soak up and store carbon, therefore government’s around the world began to invest in tree planting campaigns in an effort to make a move towards a better climate. President of the US Donald Trump has backed the campaign Trillion Trees whilst ensuring legislation to help climate change is introduced in the US Congress. In the UK, politicians have ensured climate change has been a part of their campaigns promising to plant more trees. Another tree planting initiative is the Bonn Challenge, a global effort launched by the International Union for Conservative of Nation to bring 150 million hectares of deforested lands into restoration by 2030.

On June 22nd Nature Sustainability published the researched impact of the global Trillion Trees campaign and legislation behind it from US congress. Even though the impact could be described as somewhat negative, researchers emphasize that the structure of the campaigns could bring positive results if legislative restrictions are put in place such as to prohibit the act of replacing native forests with tree plantations.

Eric Lambin Professor at Stanford in the School of Earth, Energy and Environmental Sciences comments to Stanford News “If policies to incentive tree plantations are poorly designed or poorly enforced, there is a high risk of not only wasting public money but also releasing more carbon and losing biodiversity”. As a result of this, the policies are completing the opposite of what they set out to do.

It is unquestionable that trees have a large role to fulfill in terms of slowing down global biodiversity loss and disguising carbon as biomass, therefore the idea of planting more trees to help this effort is logical however initiatives have set out ambitious targets to achieve. For example, the Bonn Challenge aims to restore an area of forest eight times the size of California by 2030.

Researchers analysed the details of initiatives such as the Bonn Challenge and Trillion Trees and found that over 80% of the actions planned by the Bonn Challenge aim to plant a monoculture plantations or a limited mix of trees that produce food items such as fruit therefore not restoring natural forests. The authors of this study further analysed the benefits for landowners, a significant one being the financial incentive given to landowners to plant trees. Many believe that this payment scheme model is essential for the scheme to encourage landowners to increase the number of trees.

An example of where a tree planting campaign has been taken advancement of, is in Chile, where a decree subsiding tree planting ran from 1974 to 2012. Landowners were able to claim subsidies towards 75% of the cost of planting trees. Unfortunately, due to the lack of enforcement over the people who claimed subsidies it led to the destruction of native forests, shrub lands and grasslands. As a result, this rapidly accelerated biodiversity loss. As Professor at UCSB Robert Heilmayr explained “Chile’s experience can help us understand the climate, ecological and economic impacts that might occur when governments pay landowners to establish massive tree plantations”. Researchers have suggested that a subsidise scheme reduced native forest cover by encouraging landowners to plant on shrublands or marginal agricultural lands where forests may have naturally regenerated. Researchers concluded that Chile’s native forests are where the trees with most carbon are found, therefore the subsidies failed to increase carbon storage and accelerated biodiversity losses.

Moreover, in Northern China researchers analysed the amount of carbon a newly planted forest could absorb from the atmosphere. Northern China has an intensive tree planting initiative in order to combat climate change and make an effort to reduce dust from the Gobi Desert. For the locations where soil was already rich in carbon, scientists found that adding new trees decreased the density. Researchers understand that a vast amount of tree planting programs overestimate the amount of carbon new tree plantations can absorb. It is extremely dependent on where the trees are planted to coordinate with the amount of carbon already in the soil. As Anping Chen from Colorado State University shares with International Business Times “We hope that people can understand that afforestation practices are not one single thing,” he continues “Afforestation involves many technical details and balances of different parts, and it cannot solve all our climate problems.”