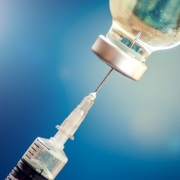 US clinical trials for the Covid-19 vaccine produced by pharmaceutical giant AstraZeneca have been put on hold by the US Food and Drug Administration after a participant was hospitalized due to suffering spinal cord damage.

It is not yet fully known what has happened to the patient and the National Institutes of Health (NIH) has launched an investigation into the case to see whether it is safe to continue trials.

“The highest levels of NIH are very concerned,” said Dr. Avindra Nath, intramural clinical director and a leader of viral research at the National Institute for Neurological Disorders and Stroke, an NIH division. “Everyone’s hopes are on a vaccine, and if you have a major complication the whole thing could get derailed.”

“AstraZeneca needs to be more forthcoming with a potential complication of a vaccine which will eventually be given to millions of people,” said Nath. “We would like to see how we can help, but the lack of information makes it difficult to do so.”

“So many factors go into these decisions,” Nath said. “I’m sure everything is on the table. The last thing you want to do is hurt healthy people.”

US officials tracking the progress of the vaccine have also expressed disappointment with the lack of light shed onto the situation, given how important its development is for the country and rest of the world.

AstraZeneca say the volunteer has fully recovered from severe inflammation of the spinal cord and is no longer in hospital. The multinational pharmaceutical company refuse to give any more detail, claiming it would inflict on the volunteer’s privacy rights.

“There is just so little information about this that it’s impossible to understand what the diagnosis was or why the DSMB and sponsor were reassured” that it was safe to continue, Goodman said.

“While I respect the critical need for patient confidentiality, I think it would be really helpful to know what their assessment of these issues was,” Goodman said. “What was the diagnosis? If there wasn’t a clear diagnosis, what is it that led them to feel the trial could be restarted? There is so much interest and potential concern about a COVID-19 vaccine that the more information that can be provided, the more reassuring that would be.”

“There are also potential consequences if you stop a study,” Goodman said.

Nath and a number of other neurologists have claimed that they understand that the patient has suffered from transverse myelitis, which has not been confirmed by AstraZeneca or the patient themselves. Amongst other things, transverse myelitis involves inflammation along the spinal cord that can cause pain, muscle weakness and even paralysis.

Britain’s regulatory body, the Medicines and Healthcare Products Regulatory Agency, has completed its review of the case and given the green light for the trial to resume in the United Kingdom.

“It’s very, very hard” to determine if one rare event was caused by a vaccine, Schaffner said. “How do you attribute an increased risk for something that occurs in one in a million people?”

“The investigators have inadvisedly been hyping their own vaccine,” Schaffner said. “The Oxford investigators were out there this summer saying, ‘We’re going to get there first.’ But this is exactly the sort of reason … Dr. [Anthony] Fauci and the rest of us have been saying, ‘You never know what will happen once you get into large-scale human trials.’”

CNN have reported that they have gained access to an internal safety report by AstraZeneca that allegedly reveals details of the circumstances that led to trials being suspended. The report allegedly details how the volunteer, a previously healthy 37-year-old, experienced confirmed transverse myelitis and was then hospitalized after receiving a second dose of vaccine.

“Reports claiming to be based on comments made earlier today by our CEO stating that we have confirmed that a participant in our clinical trial suffered from transverse myelitis are incorrect. He stated that there is no final diagnosis and that there will not be one until more tests are carried out. Those tests will be delivered to an independent safety committee that will review the event and establish a final diagnosis,” a statement released by the pharmaceutical giant read following increasing rumours and reports from various news sources.

“The Company will continue to work with health authorities across the world, including the FDA in the US, and be guided as to when other clinical trials can resume.

“At AstraZeneca we put science, safety and the interests of society at the heart of our work. This temporary pause is living proof that we follow those principles while a single event at one of our trial sites is assessed by a committee of independent experts. We will be guided by this committee as to when the trials could restart, so that we can continue our work at the earliest opportunity to provide this vaccine broadly, equitably and at no profit during this pandemic.”

Melting Ice Sheets Will Cause Global Sea Levels To Rise Over 15 Inches By 2...