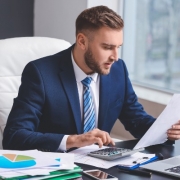 Senior economists at the liberal think tank Center for American Progress have warned of an economy that is lacking confidence, thanks to the lack of federal aid as well as concerns that there could be a second wave of coronavirus.

In a recent statement Gbenga Ajilore said, “The fear of a second coronavirus wave is real because the first wave never really ended, and countries that have managed the virus well, like New Zealand and Italy, are seeing a large number of cases again.

“So the news of other countries that had controlled the virus getting worse again makes people pessimistic about the virus and the economy here as well”.

When coronavirus first hit America back in the early months of the year consumer confidence dropped however it started to creep up again as the country appeared to recover.

A renewed spike in cases over the summer put a halt to that and by August consumer confidence was at its lowest point in six years.

Many believe that the negativity is due to the forecast of a further outbreak of coronavirus in the fall, and with the flu season appearing at the same time there are major concerns that both viruses combined could see higher numbers of confirmed cases and fatalities.

One of the economists at the University of Chicago, Tomas Philipson, thinks that the spikes in the summer are a direct link to consumer confidence saying, “The virus revved up again in July and August, and that resulted in lost economic activity, which is reflected in the consumer confidence.”

However there is another major factor in the drop in confidence, the ending of the government relief packages including the $600 per week extra to those applying for jobless benefits and the CARES Act, both of which have recently finished leaving many already on unemployment benefits struggling, and thousands more at a higher risk of losing their jobs.

Conservative think tank economist Brian Riedl agrees. “I think that consumer confidence and spending is likely dropping because there is little assistance from Washington to help people spend.”

Until recently the CARES Act handed out around $1.7 trillion since it was passed by Congress in March while the $600 a week payments finished in July. Some states have continued to hand out some extra jobless funding however there are now millions of households across the country who are struggling to pay the bills and keep hold of their homes.

To back up these claims the Bank of America released data that clearly shows a big drop in spending during August from those who were receiving the extra unemployment payments.

Compounding these already worrying times, the number of employees being laid off have continued to remain high, even more so now that airline companies are able to reduce their numbers of employees. Landlord agencies are also reporting that the number of tenants falling behind on their rent has increased significantly while mortgage arrears have also increased across the board.

While politicians from both Republicans and Democrats as well as the Trump administration are pushing for more relief to be made available Congress has continued to disagree on several points in the legislation.

A $500 billion GOP bill designed to provide help to small businesses and schools while continuing to help those on unemployment benefits was blocked only this week by Senate Democrats. White House Chief of Staff Mark Meadows spoke out about the Democrats demands for state and local government aid worth $1 trillion, confirming it is an issue that keeps stalling negotiations:

“Right now, the thing that’s the stumbling block is [aid] to state and local governments. The number that Speaker Pelosi puts forth is just not supported by the facts. So we’re going to continue to negotiate on that.”

With news that the government cannot come to an agreement many households are reluctant to believe there will be any more help and depression and despair is creeping into homes everywhere.

Joe Biden’s economic adviser, Jared Bernstein, agrees that there is a bigger problem on the horizon if the financial issues are not resolved soon. “You don’t have to look at fancy things like people’s psychology. People are not able to meet their basic needs; people are facing hunger and eviction. That’s a big part of why consumer confidence is down.”

The lack of confidence has seen Trump’s approval ratings slip. Only 37% of adults thought the way Trump has dealt with the economy deserved a positive mark while nearly half those questioned were disappointed with him, a significant change from the 43%-40% positive rating only a few short weeks ago.

Bernstein continues, “2020 is the year that things that can go wrong do go wrong, so fears that a second virus surge could occur and our economy will get hit are amplified by an absence of leadership from the administration.”