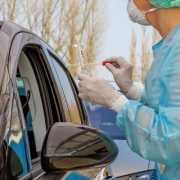 Many countries are facing an impossible dilemma. In the UK, cases of coronavirus are rising exponentially and this has led to the new ‘rule of 6’ being implemented; only 6 people can meet either inside or outside, with hefty fines being imposed for those who break the rules.

The concern is that the numbers are rising in line with the reopening of schools and businesses and the slow return of workers to office-based locations. Should the rule of 6 have little impact on the numbers, it could be that even stricter measures will be needed to help curb the virus as it gains momentum once more.

Lockdowns in the UK have so far been of a localized nature, but any national measures could have disastrous consequences for businesses that have only just started to rebuild after months of closure. With children off school for six months, the thought of schools also closing for a second time would be a major setback. Likewise, sporting events which have not been able to make any money for most of this year need to be able to start again if smaller clubs and organizations stand a chance of surviving. Put simply, economies simply cannot cope with another extended period of lockdown.

The test and trace program is generating substantial data relating to cases and potential infection ‘hot spots’, but it is not able to effectively manage the requirements for testing on a mass scale. Only today a friend of mine had to collect her daughter from school as she had a fever, which is more than likely linked to an existing infection she had. But the standard process is that the child can’t return to school until she’s had a COVID-19 test. And guess what? There are no tests available in our area. This means she can’t get tested even if she wanted to. The school can’t be notified either way and ‘if’ she did have COVID-19, time is running out to effectively trace all the people she may have been in contact with so that they can self-isolate too.

Clearly testing and tracing is vital to keeping economies and communities open, but the technology currently being employed simply isn’t cutting it. That’s why the UK government is proposing a completely new testing process which would yield results ‘in a matter of minutes’ and therefore could be used at sporting events and workplaces, ensuring that only those who are COVID-free would be able to enter.

In August, it was revealed that a new coronavirus test could provide results in just 90 minutes, helping to speed up the diagnosis in situations such as care homes, so that swift action could be taken to isolate infected residents and those they were in contact with. These tests do not require the same reagents as were needed in traditional lab testing which means they won’t be restricted by supplies and also don’t need to be sent away to a lab for analysis. Dedicated ‘pop-up’ labs could be located in areas where tests need to be undertaken, such as at care homes, large events or transport hubs. It means that people could be tested and receive the results whilst on site, and then either be admitted or denied entry based on their results.

For large sporting events, this could mean that they could run with confident certainty knowing that all the fans in the stadium have tested negative prior to entry. Similar benefits could also be obtained at airports, with only those testing negative being able to board a flight. It is clear that increasing the speed of results is essential to identifying high risk individuals at the source, which makes it much easier to work out exactly who else they’ve been in contact with.

Whilst it seems an ideal solution in principle, everything comes at a price It has been reported that the government’s plans for mass testing called project ‘Moonshot’ could cost in the region of $127billion, that’s almost as much as the annual budget for the entire National Health Service. At a time when the NHS has consistently been denied extra funding, it seems a bit of a tough pill to swallow that this kind of money is going to be made available for testing literally overnight.

There are also concerns that mass testing could also increase the number of false negatives, particularly if testing is conducted outside the lab or by general workers. It is clear that innovative technology is going to be a core part of future mass testing plans, but how quickly and effectively this can be rolled out remains to be seen. It is likely that there will be some trial and error at first, but such steps are necessary if we are to try and keep our economy open as we wait for a vaccine to be found.

What Will You Need To Consider When Going To College or University in a Pan...