Blog - Latest News
You are here: Home1 / News2 / Technology News3 / Could Tiktok in The US Be Banned? 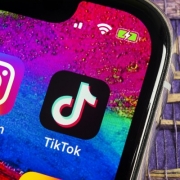 Tiktok, the app that has risen to fame in the last two years with new social media stars making a career on the app, could be banned in the US. The secretary of state Mike Pompeo has expressed that the United States is ‘looking at’ banning Chinese social media apps including Tiktok.

On Monday 6th July, secretary of state Mike Pompeo was asked on Fox News, would you recommend downloading Tiktok? A relatively strange question for the secretary of state. As the BBC News reports he replied “Only if you want your private information in the hands of the Chinese Communist Party”.

The state secretary continued to explain “With respect to Chinese apps on people’s cell phones, I can assure you the United States will get this one right too” he continued “I don’t want to get out in front of the President [Donald Trump], but it’s something we’re looking at”. It has been highlighted that this comment could be in response to the tensions between the US and China, over the handling of the coronavirus outbreak, China’s actions in Hong Kong and a two-year trade war.

Tiktok has acted concerned about this statement. As reported by CNN a Tiktok spokesperson commented in response to the state secretary’s comments “TikTok is led by an American CEO, with hundreds of employees and key leaders across safety, security, product, and public policy here in the US,” they continued “We have no higher priority than promoting a safe and secure app experience for our users. We have never provided user data to the Chinese government, nor would we do so if asked.”

Even though this comment has been made, the app is still experiencing phenomenal growth in the US and around the world. It has been downloaded more than two billion times, and has been one of the most downloaded apps this year. It has become the first Chinese social media platform to experience significant usage outside of its home country. Tiktok is not available to download in China, which some believe has been done purposely to appeal to a global audience.

Tiktok has experienced frequent backlash from the US, who has accused the app of being a threat because of its ties to China through its ownership, a Beijing based company Bytedance. The US have previously accused the app of supporting intelligence work controlled by the Chinese Communist Party. However, Tiktok has repeatedly said it operates separately from ByteDance, collecting data in locations outside of China. Tiktok has ensured that none of its data is subject to Chinese law. As reported by CNN, a Tiktok spokesperson believes the security concerns are “unfounded”.

The United States have banned the app through some mediums. For example, the Transportation Security Administration Department of Homeland Security has banned the use of Tiktok on government mobile devices issued by the US Army and Navy.

India is another country that has felt Tiktok poses security concerns. A concerning fact to be found as Indian was one of Tiktok’s largest audiences, the Indian government made the decision to ban the app from the country and 58 other Chinese apps because of their threat. Especially in light of recent events on the border in which sadly twenty Indian soldiers lost their lives.

As the Daily Mail reports, the Indian government has discovered the apps to be “stealing and surreptitiously transmitting user’s data in an unauthorized manner to servers which have locations outside India”. Tiktok has strongly denied this allegation and confirms it does not share Indian user’s data with the Chinese government.

As Nikhil Gandi, one of the leadership team for India Tiktok has stated “TikTok continues to comply with all data privacy and security requirements under Indian law and have not shared any information of our users in India with any foreign government, including the Chinese government”.

On Monday 6th July 2020, Tiktok announced it would quit Hong Kong after a National Security Law was approved. They were not the only social media platform to announce this, as Twitter, Facebook and Whatsapp made the same decision, all agreeing they would not hand over data to the Hong Kong government. Google and Telegram have also joined the social media platforms and have explained they will change their operations in Hong Kong. Some have suggested that Tiktok has done this in an attempt to show the global market that as a business they are not connected to the Chinese government. This strategy is one that Tiktok has been trying to implement for a long period of time, even though countries around the world continue to accuse the business of its controversial connections. The business has even hired former Walt Disney Executive Kevin Mayer, in an attempt to restore trust with its Western users.

Documentaries To Watch on Racial Injustice

How To Alleviate Eye-Strain From Screen Usage
Scroll to top