Blog - Latest News
You are here: Home1 / Around The Web2 / Business3 / Crypto Regulation: Is It Good or Bad for the Industry? 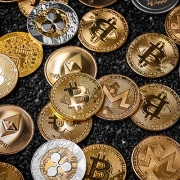 It’s the issue that never seems to go away: regulation. Some crypto advocates insist it is good for the industry, paving the way for mainstream adoption among consumers and businesses alike. Others warn a legal framework will only end in tears — stifling innovation and putting digital currencies at a disadvantage to fiat, which central banks remain determined to protect.

Ultimately, we have seen both scenarios come true in the real world. Switzerland has been forming a reputation for being a crypto-friendly nation. Two institutions focused on providing banking services for crypto clients have been granted licenses by the Swiss Financial Markets Supervisory Authority — undoubtedly a major milestone. The positive attitude toward digital assets undoubtedly contributed to Facebook’s decision to base its not-for-profit Libra Association there. And figures indicate that the country’s blockchain industry is reaping the rewards associated with this “open for business” approach — with a report suggesting that the value of Switzerland’s top 50 blockchain companies doubled to a collective $41 billion in the first half of 2019.

Then we have the other side of the coin. The United States has been especially tough with its crypto regulation, slamming the brakes on Libra for fear it could undermine the dollar and even threaten the global economy. Some politicians have practically been pulling their hair out at this stance, warning that stymying innovation could see countries with more nefarious means get a foothold in this burgeoning industry.

You also have countries like India that have threatened to impose strict laws on those who deal in cryptocurrencies — potentially resulting in punishments as severe as a 10-year jail term. Such a hardline stance, especially combined with the fact that crypto businesses have been effectively cut off from banking services, has resulted in a number of exchanges closing. There have also been warnings that India could suffer a “brain drain” as talented developers and entrepreneurs take their skills elsewhere, potentially meaning the economy loses out on billions of dollars in revenue. To add insult to injury, the government has been dragging its heels on enforcing the law — and it wasn’t introduced to parliament in the winter session, prolonging uncertainty.