Blog - Latest News
You are here: Home1 / Around The Web2 / U.S.3 / Cuba Travel Ban: US Outlaws Flights to All Cities Except Havana 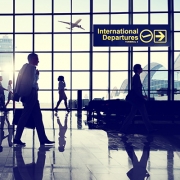 MIAMI (AP) — The Trump administration is banning U.S. flights to all Cuban cities except Havana in the latest move to roll back the Obama-era easing of relations, officials said Friday.

Supporters of the ban said it would starve the Havana government of cash and limit its ability to repress Cubans and support Venezuelan President Nicolas Maduro, whom the U.S. wants to overthrow.

Opponents said prohibiting flights would simply make it harder for Cuban-Americans to visit their families outside the capital, without making a significant impact on the Cuban government.

25% Of People Feel Stressed After Returning From Vacation

Business and Brexit: Why the Never-Ending Brexit Saga is a Nightmare
Scroll to top