Blog - Latest News
You are here: Home / Around The Web / Science / Curious Kids: Is The Sky Blue On Other planets? 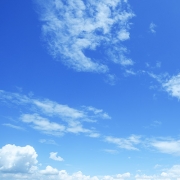 Before I get too excited talking about the atmospheres of other planets, first we have to talk about what an atmosphere actually is.

The atmosphere is normally the outermost layer of a planet. On rocky worlds like Earth it is usually the lightest and thinnest layer.

Atmospheres can contain a wide variety of gases. Most of Earth’s atmosphere is a gas called nitrogen that doesn’t really react with anything. There’s also a fair bit of oxygen, which is what we need to breathe. There are also two other important gases called argon and carbon dioxide and tiny amounts of lots of other ones.

Serbia Experiences Declining Population…And They’re Not The Only Ones