Blog - Latest News
You are here: Home1 / News2 / Culture News3 / Danny Boyle To Direct Series Based Upon The Memories of Sex Pistols Gu... 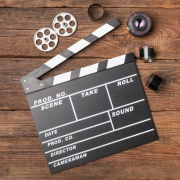 Documentaries, films and TV shows on lives of iconic 20th Century figures have become popular across the world. For some these will reignite their own memories of perhaps listening to their music, watching them on screen or seeing them in person, and for others they will get to learn about the life of someone new and extraordinary. A recent example is the Netflix series The Crown, which documents the reign of Queen Elizabeth II, but also included portrayals of other members of the royal family, including Prince Philip and Princess Diana, and former Prime Ministers such as Margaret Thatcher and Winston Churchill.

In addition, the recent films “Rocketman” and “Bohemian Rhapsody” take a look back at the lives of iconic pop stars Elton John and Freddie Mercury respectively, with Taron Edgerton as John and Rami Malek as Mercury. Although some programs and films of this nature have sometimes attracted criticism for inaccuracies or dramatization.

One new six-part limited series that was recently announced is going to be based on the lives of infamous punk band The Sex Pistols and will be titled “Pistol”. The series is going to be directed by revered director Danny Boyle in partnership with FX and is going to be drawn from Steve Jones’ memoirs which are entitled “Lonely Boy: Tales from a Sex Pistol”. Jones was the infamous guitarist in the band, alongside front man Johnny Rotten (stage name of John Lydon), drummer Paul Cook and bassist Sid Vicious (stage name of John Simon Ritchie). Glen Matlock was the bassist before he was replaced by Vicious. His memoirs recount the journey of The Sex Pistols from including the “from West London’s council estates to Vivienne Westwood and Malcolm McLaren’s notorious Kings Road SEX shop to the international controversy that came with the release of Never Mind the Bollocks”, as written in Deadline.

Boyle will also serve as executive producer and it has been created by Craig Pearce with co-writer Frank Cottrell Boyce. Production is set to begin on March 7.

Many of the cast have also been announced, building anticipation for potential viewers. Toby Wallace of “Babyteeth” (2019) has been cast in the role of Steve Jones and “Game of Thrones” star Maisie Williams will star as the infamous Jordan. Jordan was a punk icon throughout the 1970s for her style, working with designer Vivenne Westwood, managing band Adam and the Ants and attending many Sex Pistols concerts. Other cast members that make up the Sex Pistols band include Anson Boon as John Lydon, Louis Partridge as Sid Vicious and Jacob Slater as Paul Cook. Glen Matlock is played by Fabien Frankel and Wally Nightingale is played by Dylan Llewellyn. Chrissie Hynde, of The Pretenders, will be played by Sydney Chandler and Vicious’ girlfriend, Nancy Spungen, will be played by Emma Appleton.

The Sex Pistols are considered by many to be one of the most iconic bands of all time, establishing the punk scene. Malcolm McLaren was the owner of the notorious clothes shop called SEX on Kings Road, London and he put together The Sex Pistols as a vehicle for promotion. The Sex Pistols quickly became a symbol of the discontent and anger at the social and political order of the 1970s. Their first single “Anarchy in the UK” gained huge media attention when a profanity was used on TV. They were dropped from multiple record labels and their single “God Save the Queen” was banned by the British Media. The single was released to coincide with the Queen’s jubilee in June 1977 and made it to Number 2 in the charts, demonstrating wide appeal. Their album “Never Mind the Bollocks, Here’s the Sex Pistols” reached number one in 1997, but shortly after Rotten announced the band had split in 1978. Vicious died of a heroin overdose in 1979 after he was arrest and released over the alleged murder of his girlfriend. The four original members and Vicious were inducted into the Rock and Roll Hall of Fame in 2006, but this was not something they celebrated and refused to attend the ceremony.

On The Sex Pistols Danny Boyle said. “Imagine breaking into the world of The Crown and Downton Abbey with your mates and screaming your songs and your fury at all they represent”. “This is the moment that British society and culture changed forever” he added.

English Director Danny Boyle is perhaps most famous for directing the iconic film “Slumdog Millionaire” in 2008, which won the Academy Award for Best Picture, as well as giving Boyle the Best Director gong. Another Boyle success was “Trainspotting” in 1996. The film has become a cult classic and stars Ewen Mcgregor in the lead role. Other Boyle successes include “28 Days Later” in 2002, “127 Hours” in 2010 and “The Beach” in 2000. Perhaps no stranger to bringing well-known faces or stories to the big screen, Boyle was the director of the biographical film “Steve Jobs”, released in 2015, that charted some of the story of one of the founders of Apple. He also directed the light-hearted film 2019 “Yesterday” that considered a world where The Beatles did not exist.

Why Slow Exercise Regimes Are Beneficial Too