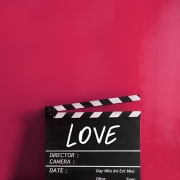 If you are planning a date night in February to mark Valentine’s Day, there are a great selection of movies launching that will cater to all tastes!

The movies are a great place to unwind from the stresses of the day and get engrossed in a good movie. Around 46% of Americans visit a movie theater at least once a year, with 14% visiting at least once a month or more. Although not the most social of places when it comes to conversation, it can be the perfect destination as a date night out for busy parents, who would enjoy some peace and quiet away from the kids and the chance to get into a good movie without any distractions. For those newer couples, it provides the perfect first date opportunity to share their love of a certain movie genre without the fear of running out of conversation. If you are looking to make the most of the movies during February, here is a little taster of what is out there.

What about Love – Release date 14th Feb
Released on Valentine’s Day itself, What about Love is directed by Klaus Menzel who was also the screenwriter alongside Douglas Day Stewart. With an impressive cast list that includes Sharon Stone and Andy Garcia, the film is loosely based on Romeo and Juliet and dramatizes the story of two political Haitian families, the LaGuerre and the LeRoie. It follows the journey of a senator and his wife who travel to Europe after their daughter is involved in an accident with her boyfriend that leaves her hospitalized. During this time, they are forced to re-evaluate their troubled marriage.

The King’s Man – Release date 14th Feb
Another Valentine’s Day treat, The King’s Man is a historical period drama which documents one man’s pursuit to stop the world’s worst tyrants and criminal masterminds as they combine forces to wage a war that has the potential to destroy humanity and kill millions. Directed by Matthew Vaughn, this movie stars Ralph Finnes, Harris Dickinson, Gemma Arterton and Rhys Ifans.

Sonic the Hedgehog – Release date 14th Feb
Perhaps not the most romantic of films, but Sonic is likely to strike a sentimental chord with older audiences as well as attract the interest of younger viewers. Directed by Jeff Fowler and costing some 95 million USD, the plot follows Sonic as he navigates the complexities of life on Earth, with his new human friend Tom. Inevitably, trouble is not far away and the duo are called on to help stop the evil Dr. Robotnik from capturing Sonic and initiating his plans for world domination by utilizing Sonic’s unique powers.

The Photograph – Release date 14th Feb
If you are looking for a love story with a thrilling plot, this could be the movie for you. Written and directed by Stella Meghie, The Photograph is a series of intertwining love stories set in the past and in the present. With a budget of around $16m, the story follows the untimely death of highly acclaimed photographer Christina Eames, and the struggles faced by her estranged daughter Mae, who is left hurt, angry and full of questions. When going through her mother’s belongings, she finds a mysterious photograph locked away in a safe-deposit box and is keen to find out what it means. She embarks on an investigation into her mother’s early life and along the way, encounters an unexpected romance with an up and coming journalist.

Free Burma Rangers – Release date 24th Feb
Produced by Deidox Films in partnership with Lifeway Films, Free Burma Rangers is a documentary-style movie which reveals the experiences of two missionaries Dave and Karen Eubank, over a 20 year period. The film depicts their lives, along with their three young children venturing into war zones in an effort to bring hope to those who are suffering. Dave Eubank is a former U.S. Special Forces soldier turned missionary who made it his life’s work to visit conflict zones and deliver life-changing ministry to those who need it most.

The Whistlers – Release date 28th Feb
The Whistlers is a Romanian crime thriller directed by Corneliu Porumboiu and starring Vlad Ivanov. It received early attention at the 2019 2019 Cannes Film Festival and was selected as the Romanian entry for the Best International Feature Film at the 92nd Academy Awards.
The plot follows Cristi, a Romanian police officer turned whistle-blower for the mafia. Keen to learn an ancestral whistling language, he embarks on a journey to La Gomera Island. In Romania, Cristi is subject to police surveillance, so by using this special language, he is able to continue communicating with the mobster and implement his plan to get Zsolt out of prison. Zslot knows a secret location where 30 million euros are hidden and as the only person with knowledge of the exact location, his escape from prison is essential.

What Is Being Done To Encourage More Women Into Golf?