Despite Gender Stigmas, A Cardiologist Overcame Obstacles To Bring Improved Care To Women |...

Dr. Ellen Jane Killebrew isn’t a stranger to opposition. Throughout her life, she’s faced much prejudice in her journey through cardiology. However, she’s overcame every obstacle with a passion, all while teaching others the necessities of healthy eating and exercise. 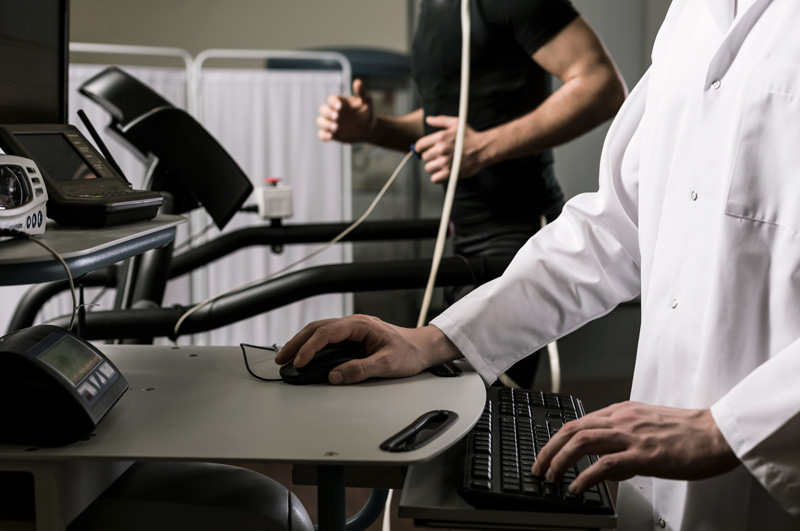 With the introduction of COVID-19, all eyes have been on prevention during the over two-year long pandemic. Of course, other diseases haven’t simply “stopped” causing havoc in that time, either. According to the Center for Disease Control (CDC), heart disease was the leading cause of death in the United States in 2020 with 696,962 deaths, over 94,000 and 346,000 more than cancer and Coronavirus, respectively. It was also up from the average of 659,000 deaths per year.

With heart disease remaining a deadly presence, experts like cardiologist Dr. Ellen Jane Killebrew continue to advocate for steps to be taken in order to prevent possible fatalities, which can include having healthier diets and cutting out bad habits. “[First is] to stop smoking. Two, to have your blood pressure managed in the normal range. Three, watch your diet. If you have high blood pressure, watch your salt [and] watch your fat intake. I like the Mediterranean diet because it’s fish, vegetables, and fruit. Use a proven diet. [It’s also] important to control your blood sugar if you have diabetes.”

Dr. Killebrew emphasized the importance of ensuring your body receives enough activity “every single day.” “It doesn’t have to be a lot, go for a walk. Or take a swim in a pool. But do something. A body in motion stays in motion, a body at rest [stays at rest]. That’s what happens. [Patients] sit around, they eat too much or they stay at home and watch movies.”

“I have seen 81-year-old women get on a treadmill and go four stages and what they do in their spare time is hike. Then, I have also seen 43-year-olds who go three minutes on a treadmill and they have to stop because they’re so deconditioned.” Furthermore, exercising can also assist in other deadly areas such as obesity, Dr. Killebrew pointed out.

The doctor doesn’t just give her advice without taking it to heart herself. “I have exercised all my life, and it pays off. I love medicine because it makes sense. If you do what is right, it just makes sense. So that’s what I do, and I try to lead by example.”

“I just said, ‘I am fascinated by the human body, I want to learn enough about it so that I can share my knowledge with patients and hopefully help some of them along the way and help to educate them [on] how to take care of themselves.'”

Dr. Killebrew — who also taught at the University of California alongside her position at a Kaiser hospital — has been particularly driven by the gender diversities in patient care throughout her career. “I started with [the sub-specialty of heart disease in women] early in my life because women were getting less care than men. Many studies show that if a man and woman with equal risk factors, both are smokers, [experiencing] the same kind of chest pains, [and are] similar ages in their fifties, [the man] is probably going to get a treadmill and cardiac catheterization. The woman is going to get valium. After menopause, women are just as high a risk as men.”

“I have given lectures to mostly men saying, ‘You’ve got to listen to the women.’ They’re going to come with heartburn, they’re going to come [with a low profile] because they don’t want to bother you. Listen and they will tell you. And if they have risk factors, treat their cholesterol, treat their blood pressure, tell them to stop smoking just like you would do a [man].”

Of course, women aren’t the only group to not have ideal standards in cardiology treatment. “Women and persons of color still get less care for their coronary disease than caucasian males. It’s a work in progress.”

Dr. Killebrew’s step into the medical world would begin at 13, when she became ill and was healed by a doctor who “performed his magic.” “I said, ‘That’s what I want to be,” she reminisced. When the time came to advance her career, Dr. Killebrew faced heavy resistance by family and friends due to the stigmas at the time that women were unfit to assume general practitioner positions.

“Everybody — my dad included — said, ‘Women don’t become doctors.’ I said, ‘Yes, they do.’ ‘No, no, no. You’re going to be a secretary, you can be a teacher, you could be a nurse, but not a doctor.'” Despite the discouragement, she knew she was a rebel at heart, and disembarked on the journey. “I knew it was going to be tough.”

That kind of political incorrectness continued into interviews for medical school. Dr. Killebrew recalled they were extremely prejudiced against women with topics such as menopause and moodiness from hormones being brought up as reasons why she wouldn’t be fit for a position. “I knew I was going to be asked, ‘Why did I want to take a man’s place.’ I said, ‘I don’t, I want to take my place.'” 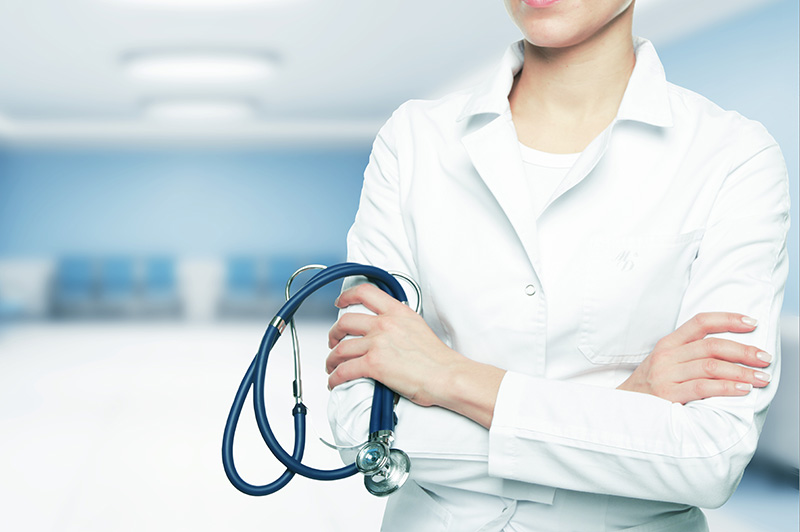 “It’s hard to have a baby and work four-and-a-half days a week, along with nights and weekends. I admire the women today, who do have families who don’t have built-in nannies and still work and figure it out, and become very successful women.” 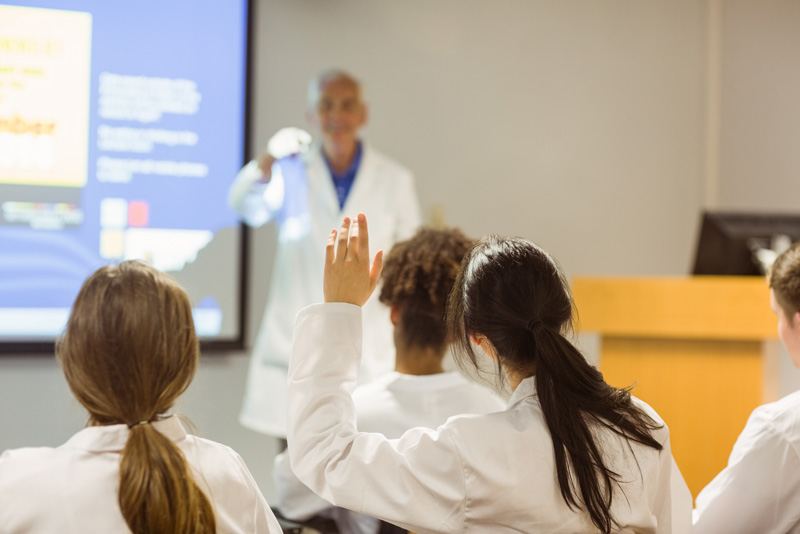 Dr. Killebrew’s persistence to her goals helped her and a group of other women to prevail. “They needed some women because there was [becoming] a little pressure on the schools to admit women. So, six of us got admitted, and four of us graduated four years later. The worst part was medical school. The men resented us, we didn’t belong there. The wives hated us,” she laughed.

Dr. Killebrew and the others would continue to face an unfair playing field in academics, with women needing to score a higher GPA than the men. However, the challenge gave Killebrew an opportunity to form lasting connections with her fellow colleagues. “We had a bond. The three of us lived together, we were like sisters. It was us against them, and I think it motivated us to be as good as we could be.”

“We had to be better to get in than the men, so we already started out knowing what we had to do. We had to be resilient to get through four years of school. And we had each other, and we studied hard and knew we could make it.”

Even with strides made in inclusiveness, the health industry sits in a critical position right now. According to an April 2021 Washington Post poll, three in 10 healthcare workers were considering leaving the profession. The immense amount of work hours and burnout has contributed to the trend, though Dr. Killebrew possesses a strong amount of respect for the women who have endured these struggles while still caring for a family back home.

“They become resilient, and they work harder at it. They work harder with their families when they’re off, they spend quality time with them. I know they must be exhausted some of the time, but they do it. I can’t tell you how much I’ve learned about women in medicine over the years. They’re just wonderful.”

“I remember doing CPR [for the first time] on a young woman who collapsed. It was interesting though, because it was so different than what I was taught in high school. You press on the chest, that made sense. Also, you breathe into the mouth so you inflate their lungs and then you pound on the chest This made more sense.”

Over her nearly 50 years of work, Dr. Killebrew has seen plenty of changes in care and technology. When she first started, she noted there were no defibrillators or beta blockers. Even CPR was vastly different then many are used to today.

“What we would do is we’d take the arms and lift them over the head, and then put them down. Over the head and down. It didn’t make any sense at all. It wasn’t until I was in medical school that CPR started to become something that we could use.”

Uncertainty in new techniques became a frequent sight among the annoyances against the limitations – and inevitable deaths of patients being cared for. “We were so crude at times, the way things came along. It was kind of frustrating too when people had coronary disease and they were young, we’d just watch them eventually die because they’d have another event and another event. We didn’t know about cholesterol. We knew that we should treat their blood pressure but we didn’t have much in the way of drugs.”

“I watched a lot of young people die in their fifties when they had [their] first heart attack in their forties. It was a hard time.” Still, the progress in medicine gave Dr. Killebrew hope. “I loved when things began changing. First, we knew [that] about 13% of our heart attacks were going to die, and now it’s about 1-3%.”

That innovation continues to improve, with supplements and machines helping to further ease both the pain and recovery of patients. “One of the drugs that’s come along recently, I’d say a little less than a year now, [is] called the SGLT2 inhibitor. It is amazing. It’s a pill a day, and in diabetics it helps take the glucose out of their system and improves their overall diabetic management, mortality, [and] quality of life.”

“In addition, it takes salt out of the body from the kidney, and so the heart failure patient doesn’t have to be on as many diuretics — if the salt is taken out by this one pill — and [they] have less shortness of breath. They can climb hills now, they can do things, it’s magic.”

It’s also important to mention the left ventricular assist device, the artificial heart “Cor Mate,” the new biventricular pacemakers, the intra-aortic balloon pump, and the Impella. Dr. Killebrew expressed that these all help the failing heart and increase not only the possibility of an increased life span, but the possibility of a better quality of life. 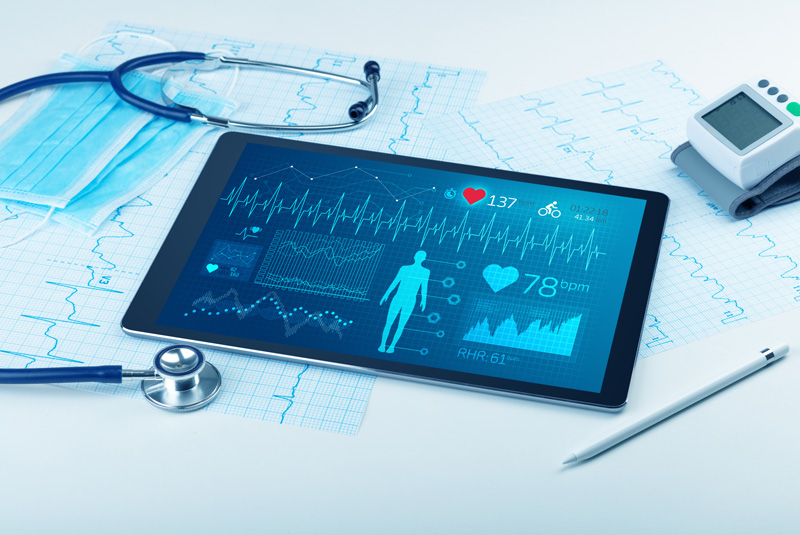 Using Aura Photography, A Psychic Is Able To Help Clients Learn About And Balance...

A New Skin Protectant Could Be A Gamechanger In The Fight To Prevent Skin Cancer...
Scroll to top