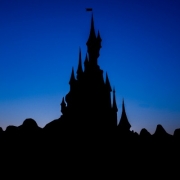 Disney World is beginning to reopen its theme parks in Florida over the next couple of weekends despite surging numbers of coronavirus cases in the state.

Florida’s Department of Health announced nearly 9,000 new Covid-19 cases on July 9 to bring the total to over 230,000, as well as a 24-hour high number of deaths – 120. An online petition against Disney World’s decision, reportedly set up by and in support of worried Disney employees, has not been enough to alter the firm’s decision and this weekend will see the opening of the Orlando parks Magic Kingdom and Animal Kingdom for the first time since March.

Epcot and Hollywood Studios will also open to guests with pre-booked reservations next weekend, even though the US continues to struggle to break through the coronavirus crisis. Florida is one of the states still being hit the hardest and at the time of writing the state accounts for approximately 20% of new cases in the country. The US has had by far the most Covid-19 related deaths in the world with over 132,000 and Florida accounts for 4,000 of those.

With a similar coronavirus outlook in California, it was decided that Disneyland’s scheduled reopening this month would be delayed until further notice but Disney World officials have decided to continue with their aggressive plan to reopen proceedings.

Disneyland’s decision to delay was helped by backlash from union leaders, employees and potential customers alike over the park’s willingness to put employees’ lives at risk for profit. Union leaders representing 17,000 employees wrote an open letter to bosses while 40,000 signed a petition to campaign against the decision to reopen the park. Similar action is brewing over Disney World’s decision, but no change appears to be forthcoming.

“There’s absolutely people that are nervous, when you hear the reports of the virus, the statistics, but what they see every day is Disney taking the steps necessary to keep them and the guests safe,” Matt Hollis, head of the Service Trades Council Union (STCU) coalition, which represents 43,000 Disney World employees, told the Guardian.

“There’s certainly going to be a learning curve as we learn the new normal, but the cast members will do everything they can to adapt with the new measures designed to keep everyone safe.
“They’re Disney workers. They love what they do, they certainly want to be able to do it in a safe environment.”

20,000 Disney employees, who have been furloughed since mid-March, will return to work over the weekend as the Disney World resort commences phase one of its reopening. Safeguards and precautions for staff have been negotiated by the STCU, such as two weeks of paid leave to isolate if an employee contracts Covid-19 or comes into contact with someone who does.

A moveon.org petition addressed to Florida state governor Ron DeSantis has gathered over 19,000 signatures as concerned employees and members of the public urge officials to postpone the reopening until it is safer to do so.

“With the recent spikes in COVID-19 cases in Florida, the plan to re-open theme parks should be re-evaluated. The state’s proposed plan for re-opening theme parks would start at Phase 2, “after the successful conclusion of Phase 1, which includes a downward trajectory… this will occur when there is no evidence of a rebound or resurgence of COVID-19 cases,” the petition’s mission statement read.

“Because of the increase in cases suddenly, it is clear that theme parks – a non-essential business – should not be planning to operate until the cases have gone down again. The recent spike of COVID-19 cases is concerning due to our proposed opening in July. With a record high of 4,049 new COVID-19 cases in a single day on June 20, 2020, we are now backtracking from where we originally were. Retreating back to an earlier Phase in re-opening is our best option at not exposing the virus to thousands and thousands of theme park employees and their families.

“As individuals who work in the bustling tourism industry in central Florida, we are responsible for ensuring the safety of our guests and our fellow magic makers. Keeping ourselves and our visitors safe is our number one priority, in every theme park. This includes our health and wellbeing. We are encouraged to say something when we see something that we deem is unsafe so we’re speaking up.”

Ron DeSantis has been criticized previously for his nonchalant handling of the coronavirus pandemic and is a strong ally of President Trump, who has made it known that he wants economies to open as quickly and fully as possible. Despite public concern and advice from various health experts, DeSantis has persisted fully with the state’s reopening plans, regardless of coronavirus cases.

“Disney, I have no doubt, is going to be a safe environment,” he said at a press conference this week.

“I think that where you start to see the spread is just in social situations where people let their guard down. Usually like a private party or something like that.”

Which Countries Are Opening Up?

First Wild Bison For 6,000 Years To Come To UK
Scroll to top