Blog - Latest News
You are here: Home1 / Around The Web2 / Entertainment3 / Doctor Strange Sequel Is Shaping Up To Be Marvel’s Most Intriguing Mov... 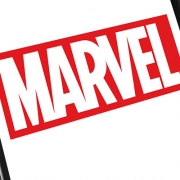 Scott Derrickson’s vision for a true horror movie in the form of Doctor Strange in the Multiverse of Madness excited MCU fans. But a little over a year before the movie’s release, Derrickson is stepping down. The director announced on Twitter last night that he would no longer helm the project, citing “creative differences” with Marvel Studios.

Doctor Strange in the Multiverse of Madness is more than just another entry in the MCU for Marvel. It’s a bridge to the new, cross-platform world that Marvel exists in thanks to Disney+. Multiverse is supposed to connect Doctor Strange and the film side of the MCU to shows like WandaVision and Loki, some of the most anticipated original series on the Disney+ streaming side. Derrickson will stay on Multiverse as an executive producer; it’s unclear how his departure will affect the July 2021 release date.

Doctor Strange in the Multiverse of Madness was billed as darker than anything that came before it in the MCU, a full-fledged horror movie. Artistically, a horror-fueled Doctor Strange might be what a more mature Marvel Cinematic Universe audience wanted, but it became increasingly clear that studio head Kevin Feige and Disney weren’t as on board. Feige walked back Derrickson’s take on the movie at a Q&A in New York, noting Multiverse of Madness was “a big MCU film with scary sequences in it.” Feige’s comments toned down what Derrickson told fans to expect when he spoke about Multiverse of Madness at San Diego Comic-Con in July.

While Feige and Marvel Studios have championed original filmmaking (consider movies like Taika Waititi’s Thor: Ragnarok and Ryan Coogler’s Black Panther), a key instrument to keeping the MCU going strong is consistency. Matthew Ball, former head strategist at Amazon Studios, wrote about this in an essay about Marvel and franchises. Ball noted that “universes rely on consistency and continuity that go beyond each individual entry or voice,” adding “they are structured to never end or have troubling ambiguity.” That’s more important than ever as Disney and Marvel try to figure out a way to carry on cinematic storytelling in various eight- or 10-episode series on Disney+.

Marvel is a key component to Disney+’s success. Agnes Chu, an executive who oversees content on Disney+, previously told The Verge that “the Marvel Cinematic Universe is not just a theatrical play,” adding it’s a major play for the streaming service. When seasons come to an end, parts of those stories and character arcs “can migrate back to the big screen.”

Feige and the Marvel team want to make a good Doctor Strange sequel; there’s no question that’s a priority. But it’s also a priority to ensure the seamless transition of the MCU from a film-focused world into a streaming one, where fans can keep up and want to continue watching the next installment. This is something Marvel icon Stan Lee spoke about; he called it the “illusion of change.”

Former Hulk comic writer Peter David addressed the issue in a blog post, stating that Lee believed the secret to Marvel’s success was making it seem “as if things were changing in the life of a character… but, in point of fact, have them remain exactly the same.” David suggested that committing to genuine change could have egregious results “when by simply pretending to change things, one doesn’t have to risk finding oneself stuck with a character who has lost those elements that made him appealing in the first place.”

“The problem is that on the one hand fans want real change, want a sense that something has long-term meaning; on the other hand, as creators we’re boxed in,” David wrote. “Things intended as changes in the status quo are seen only as the latest in an endless succession of unconvincing and temporary morphs, unless they’re dramatic enough that they can’t possibly be undone … at which point the fans go nuts and demand not only the reinstitution of the status quo, but the heads of everyone who had anything to do with the change in the first place.”

Look at the current MCU. Even big changes aren’t entirely permanent. Thor lost an eye in Ragnarok, but got it back; Tony Stark destroys his suits in Iron Man 3 only to return with a plethora in Avengers: Age of Ultron two years later. Iron Man 3 ends with Tony’s personal growth, but it’s reset in Age of Ultron. It’s an illusion of change to keep things fresh while the story progresses and fans are happy.