Blog - Latest News
You are here: Home / Around The Web / Sports / Don Shula Dies At Age 90 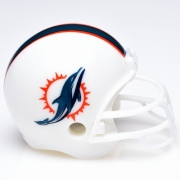 NFL legend Don Shula has died at the age of 90, it has been announced. The Ohio-born man played seven seasons as a defensive back for the Cleveland Browns, Baltimore Colts and Washington Redskins, but is best known for his time as the Miami Dolphins head coach.

“The Miami Dolphins are saddened to announce that head coach Don Shula passed away peacefully at his home this morning,” the Dolphins said in a statement.

“Don Shula was the patriarch of the Miami Dolphins for 50 years. He brought the winning edge to our franchise and put the Dolphins and the city of Miami in the national sports scene.”

After missing some of his playing career due to military service as part of the Korean War, Shula wasted no time in getting started with coaching and at age 33 signed with the Baltimore Colts to become, at the time, the youngest head coach ever. Shula quickly found success with the Colts, guiding them to a 12-2 finish in his second season and picking up a coach of the year award in the process. He continued to do well with the Colts during his seven-season tenure and finished with a 71-23-4 record, but was unable to produce in the postseason, winning just two of five games.

After a disappointing seventh season with the Colts, in which they failed to reach the playoffs, Shula made the leap to head coach of the Miami Dolphins, where he would spend 25 years and see out his career, becoming the winningest head coach in NFL history in the process.

Shula is also the only head coach in NFL history to guide his team to an unbeaten season, including the postseason. In 1972, the Dolphins finished 14-0 in the regular season before winning both playoff games and clinching a 14-7 win against the Washington Redskins to earn Shula his first Super Bowl victory.

More success soon followed for Shula and the Dolphins as they beat the Minnesota Vikings to win successive Super Bowls. The opportunity for a third consecutive Championship looked to be on the cards but a miracle throw by Oakland Raiders quarterback Ken Stabler in the dying seconds of the AFC divisional game meant that the Dolphins were not awarded the opportunity.

“Don Shula will always be remembered as one of the greatest coaches and contributors in the history of our game. He made an extraordinarily positive impact on so many lives. The winningest coach in NFL history and the only one to lead a team to a perfect season, Coach Shula lived an unparalleled football life,” NFL commissioner Roger Goodell said.

“As a player, Hall of Fame coach, and long-time member and co-chair of the NFL Competition Committee, he was a remarkable teacher and mentor who for decades inspired excellence and exemplified integrity. His iconic legacy will endure through his family and continue to inspire generations to come. We extend our heartfelt sympathy to Don’s wife Mary Anne along to his children Dave, Donna, Sharon and Mike, the Shula family, and the Dolphins organization.”

“Coach Shula will truly be missed. He embodied the definition of ‘greatness.’ He brought that winning attitude with him every day and made everyone around him better. I want to thank him for always believing in me. He made me a better player and person. My thoughts and prayers are with the entire Shula family,” Shula’s former quarterback and fellow Dolphins legend Dan Marino said, expressing his deep sadness at the news.

“I was saddened and surprised to hear of Coach Shula’s passing. He was always a source of strength and motivation for me, and it’s hard to believe he’s gone,” said former Dolphins fullback Larry Csonka, who was a key component in both of Shula’s Super Bowl wins.

“He changed everything when he got to Miami. He simply would not accept losing. To me, the most memorable moment with him wasn’t any of our wins, but after a loss in Super Bowl VI. Right after the game, when it was only the players and coaches in the locker room, he said, ‘I want every one of you to remember how you feel right now, so that you never feel this way again. I want to go into next year with the goal of doing everything we can to win each of the games we get ready to play.’

“He did the same thing the first day of training camp, and even showed us a tape of the game. He repeated his challenge for us to play every game like it’s the most important game of the year. I remember looking at Jim Kiick, knowing it was 90 degrees outside, and saying ‘Oh, God, we are really into it now.’ But it worked, and we lived up to his challenge by winning every game we played.”