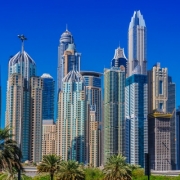 Property developers will now be able to tap into the growing over 55’s market in Dubai for the first time through the launch of a new retirement visa, encouraging more people in the emirates to start creating more permanent financial associations with the area.

The new retirement visa will initially only apply to existing residents of the UAE, but statistics suggest this is already an extremely lucrative market. According to figures from the Dubai Statistics Centre, over 90% of residents are expats and there are over 170,000 people in the area who are currently over the age of 55. What’s more, the recent introduction of the Gold visa for long-term residency in 2019 means that people are now able to view their stay in Dubai as even more permanent, and property investment is a logical next step in creating deeper roots in the area.

The visa comes with three conditions, one of which is that they need to own a property which is worth over AED2 million (around $550,000). Many experts have agreed that this move could provide a much needed boost to a struggling real estate market which has been hit hard by the global pandemic. It is expected that this move will open up entirely new sectors in the market, such as specific retirement complexes or communities, where the over 55’s can be exclusively targeted for the first time.

The visa announcement forms part of the ‘Retire in Dubai’ campaign which was launched at the start of September. Although initially focusing on resident expats, in the future once the retirement visa opens up to non-resident expats, the potential market will increase exponentially. Whereas people may have previously considered an array of hot destinations to retire to such as the Mediterranean, Dubai will now become a new and exciting retirement location to add to the mix.

Experts have indicated that an increased focus on encouraging older expats to retire in Dubai will lead to further development opportunities in both the leisure and healthcare sectors. Quality medical care and care homes will naturally flourish as the ‘silver’ population increases, both due to a natural need for this and also because there is little provision already there, mainly due the local culture which expects children to care for their elderly parents. Creating a solid property structure supported by quality healthcare provisions will mirror the approaches commonly taken by western societies when it comes to caring for the elderly.

In addition, the leisure and social requirements of this age group are markedly different to those of younger generations. This means that new development opportunities will arise to make these communities more accessible and enjoyable for older people. The importance of having access to the right amenities and enjoying a good quality of life are even more relevant to the older market.

It is also worth noting that although the retirement visa was launched by Dubai’s Department of Tourism and Commerce Marketing, it is in fact applicable nationwide. Whilst many experts believe that Dubai will remain a key location of preference given its vast array of amenities, leisure activities and travel connections, other emirates are comparably more affordable and so may well offer significant competition. Some areas highlighted as ‘ones to watch’ include Ras Al Khaimah and Fujairah.

Given how new this initiative is, there is very little data available yet to indicate uptake or what the future of retirement in Dubai may look like. Clearly this is an entirely new market which has never really been tapped into before and certain aspects, such as care homes, are not common culturally in the area. But as more expats decide to make Dubai their retirement destination, more of the comforts that are needed later on in life will naturally be in demand and fuel the establishment of new ventures, partnerships and services in the area. Those who have moved to Dubai, brought up families there, and have now become accustomed to the way of life can now for the first time start to plan for their later years in the place they have come to love and view as home. Alongside these residents, those who have perhaps frequently holidayed in the area, or have held a particular affinity for Dubai can now start to think of it as a place they could move to permanently to enjoy their retirement, something which until now has simply not been a consideration. It is certainly going to be interesting watching how this sector evolves over the coming years.