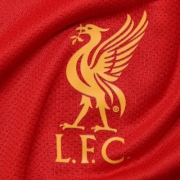 English Premier League teams have seen players return to training this week as the country gets ready for the return of top-flight soccer. Liverpool captain Jordan Henderson has expressed his joy at being able to return to playing, but insists he respects the decision of any player who chooses not to return at this stage.

Top level soccer returned to Europe on June 16 as Germany saw the recommencement of the Bundesliga and 2. Bundesliga, with all matches under strict coronavirus-related guidelines and played behind closed doors. Having reopened most of the country already, the German government has not seen a second surge in coronavirus cases and is continuing on its plan as expected. However, numbers in the UK have not been as promising and so there has been criticism thrown at the EPL’s decision to resume so soon.

At the minute, clubs are only permitted to allow their players to train in small groups while still adhering to social distancing guidelines. Players and staff are being tested regularly and if there is no significant increase in cases across the league, contact training will be permitted to begin, with the UK government giving the green light for soccer to return on May 1.

“It’s been great to get back and see the lads, get the balls out and be able to pass into each other and interact a little bit,” Liverpool’s Champions League winning captain Jordan Henderson told Sky Sports News.

“It’s been really good and something I’ve looked forward to for a while now. I think a lot of lads will be the same. Football is taken away from you and it’s obviously difficult because at the end of the day it’s the most important thing to us.

“But then something like this happens and it puts everything in perspective. I feel lucky to be in the position that I’m in,” 29-year-old Henderson said.

Players and staff were in regular contact with each other throughout the lockdown, in order to keep fresh with tactical ideas as well as running through group physical activities together. However, according to Henderson, one of the hardest parts of the lockdown experience for players is the removal of social interaction with their friends and colleagues.

“You have a lot of time to reflect and think about things, but ultimately I was itching to get back playing football as soon as possible once everything had calmed down a bit and it was safe to do so,” England star Henderson added.

“You miss the banter,” he said. “You miss preparing the games. You miss training and working hard with a view to having a game on the weekend or in midweek. It’s just everything that you do on a day-to-day basis that you miss.

“But we’re so fortunate to be playing football and be in the position that we’re in. Sometimes you can take that for granted, but at times like this, you realise how lucky you are.”

After beating Tottenham Hotspur to lift the Champions League trophy last year, Liverpool are currently sat 25 points ahead of Manchester City at the top of the English Premier League table and need just two more wins in order to secure their first ever EPL title. Despite being England’s second most successful club ever, Liverpool have not won a top flight title since 1990 and according to Jordan Henderson, the players are eager to cement their place in history.

However, it remains difficult for clubs and players to fully prepare for the resumption of the season, as it has not yet been announced by the EFL when exactly play will restart.

“To be honest, my mindset hasn’t changed from where we left off because I always felt as though the season needed finishing at some point, whenever it was safe to do so,” Henderson said. “So, in my head, it’s always been [important] to stay as fit as I can because when the time comes that we do go back and we do start playing games, I need to be ready and so do my team-mates.

“We all need to be ready for when that time comes to be able to perform at the highest level and finish the season as well as we’ve started it and maintained it up until this point. That’s been our motivation to keep training and keep as fit as possible, so when the time comes, we pick up where we left off.

“I feel very comfortable with all the measures the Premier League and the club have put in place, along with all my other team-mates,” the central midfielder went on to say. “We feel comfortable and that’s why we’re here training. In terms of next steps, obviously we’ll be guided by the experts and the doctors who ultimately know more than we do.

“We’ve had meetings and questions as captains over the last week or so, but ultimately, I think the Premier League and clubs are doing everything they can to make it as safe as possible.”