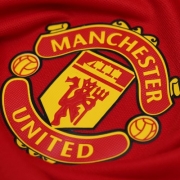 Manchester United forward Marcus Rashford has led a successful campaign to force the UK government into a U-turn over the decision to not provide families with free school meals over the summer holidays. With his efforts, Rashford, just 22, caught the attention of national media and captured the hearts of the nation and with pressure rising to fever pitch, British Prime Minister Boris Johnson had no choice but to reconsider his position.

In an open letter addressing all UK politicians, Rashford spoke of the struggles that he and his family faced while growing up, and stated that he would not be where he is now without the kindness and generosity of the community around him. The England international pleaded with MPs to show similar compassion towards the families and children that have been hit hardest by the coronavirus pandemic.

Government officials were initially unmoved by Rashford’s actions but the United forward’s heavy social media presence – 3 million followers on Twitter, 8 million on Instagram and 3.5 million on Facebook – meant that the campaign quickly picked up speed and attention from all corners of the UK. The public were clearly inspired by Rashford’s endeavor and took it upon themselves to up the ante of the campaign, contacting MPs on social media, via email and even in person.

Rashford burst onto the world soccer scene at the age of 18 like few others have, and ever will. Remarkably, the Manchester-born striker scored on his professional and England debuts, as well as in his first EPL game, first Manchester derby and first Champions League game. Growing up in Wythenshawe, one of Manchester’s most deprived areas, Rashford clearly developed a fantastic work ethic, as well as compassion for others, and the inspirational athlete is bringing those values into his adult life, despite his new-found fame and fortune.

“I would put Marcus Rashford in No.10 running policy because he’s an incredible guy,” Conservative politician Robert Halfon told the BBC last week. “He’s an extraordinary individual — he’s a hero of our time.”

Boris Johnson announced a U-turn just 24 hours after the open letter was posted on Twitter. Thanks to the efforts of Rashford and the British public, £120 million ($150m) has been made available as a ‘Covid summer food fund’ to those struggling the most during these tough times.

The economic impact of the coronavirus pandemic is being felt by millions across the UK with many having lost jobs and sources of income. With the extended closure of schools, extra financial pressure has been exerted on families as they have had to provide more meals and methods of entertainment than usual. A large proportion of workers who did not lose their jobs were furloughed, which is a government scheme where employees are given 80% of their wages while not being able to work. Naturally, this has meant families already living on the cusp have been forced further into poverty.

With the end of the traditional school year in Britain approaching, struggling families were facing the prospect of even more difficulties as they would not be able to claim school meals during the summer holidays. Now, after Johnson’s about-face, families entitled to free school meals will be able to claim a one-off voucher worth £15 ($18) per week to spend in supermarkets. Over a million children will benefit from the scheme.

“This was never about me or you, this was never about politics, this was a cry out for help from vulnerable parents all over the country and I simply provided a platform for their voices to be heard. I stand proud today knowing we’ve all listened, and we have done what is right. There is still a long way to go but I am thankful to you all that we have given these families just one less thing to worry about tonight. The wellbeing of our children should ALWAYS be a priority,” Rashford posted on Twitter following Johnson’s U-turn, addressing all UK MPs.

During the pandemic, Rashford has also partnered with food charity FareShare to raise millions for impoverished families, as well as helping to launch a poetry competition for deaf children, for which he learned sign language. Additionally, the 22-year-old played a large role in a drive to battle homelessness last December and has used his large platform to inform and raise awareness over social justice issues following the murder of George Floyd.

“He has changed the lives of so many kids this summer,” Manchester United manager Ole Gunnar Solskjær told the BBC.

“That is more important than any game of football he could play.”

“It has been fantastic to follow Marcus throughout the lockdown period,” he said.

“It’s not only that he got the Prime Minister to change his mind, but also what he’s done over the last few months. He is a top human being who has brought his own experiences as a kid into this conversation. He is using his position as a role model at Manchester United, one of the biggest names in the country, to affect people in a good way.

“We’re really proud of him and his family must be so proud of what he has achieved. He is a future leader, a future captain, maybe, of England, Manchester United, who knows?”

How The Housing Sector Could Adopt A Green Future

Aviation Industry Fights Back Against Coronavirus
Scroll to top