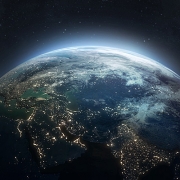 From the Simpsons to Transformers to the MCU, Entertainment Earth has Christmas gifts for you!

Entertainment Earth has announced its five-day “Under the Tree” sale which can save customers up to 75% off select toys and collectibles, making the Christmas shopping even easier this season! We’ve selected a few of our favorite items and deals to share with you as the sale starts today and runs until December 15th!

Bring home The Simpsons today with these fun vinyl figures from Funko Pop! that feature a number of characters from the long-lasting animated sitcom. For over 30 seasons fans have tuned in every weekend to watch Homer and his all-too-relatable family go on one adventure after another in the city of Springfield and beyond.

We selected the sisters of The Simpsons family, Lisa (complete with saxophone) and Maggie as well as Grampa Abe Simpson to provide a solid base for any collection. And we just had to include this amazing Radioactive Man Funko vinyl figure as well. “Up and Atom!”

While it may seem like an odd couple situation at first, we love our aliens and they come in many cinematic forms, from Robots in Disguise to chest-bursting Xenomorphs! The War For Cybertron: Siege line is the latest from Hasbro’s Transformers: Generations figures and EE has an awesome Wave 2 case that includes Optimus Prime and Soundwave!

As for Alien, MAFEX has created this amazing Xenomorph figure based on the designs from the original film, which were created by artist H.R. Giger. The figure includes unique joints to replicate the posing of the Xenomorph in the film and comes with a Facehugger and Chestburster accessories!

Marvel fans can bring home a few dynamic pieces from Entertainment Earth this Christmas as well, with huge savings on action figures and statues. While we may have lost the cinematic version of the character in Avengers: Endgame, fans can still celebrate their love of Iron Man with this beautiful ARTFX statue 1:10 scale statue.

Fans of the Marvel Cinematic Universe can celebrate one of the film studios milestones with this amazing Black Panther resin statue based on the character as seen in the hit MCU film. The statue sits on a rock Panther base and stands at approx. 14″ tall.

REaaS – The Latest Trend In Real Estate
Scroll to top