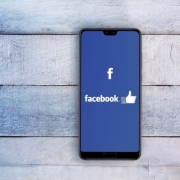 In recent months, Facebook has been subject to a growing boycott from brands that share their concern with Facebook’s ability to combat hate speech on its platform. As election campaigns in the US move forward, many have raised the rumor that Facebook could be working with Donald Trump. This assumption has come from Facebook’s earlier decision to allow Donald Trump, current president of the United States, to post unobstructed content. Whereas, Facebook’s competitor Twitter has labelled the president’s tweets from the beginning.

As Facebook began to put in place the labeling of content over recent days, it has become clear that Facebook has now changed their standpoint compared to the beginning. As the CNN reports, Andy Stone Facebook’s spokespersons explains, the decision has been made because employees of Facebook and civil rights leaders were deeply concerned about the decision not to take action on earlier posts from Donald Trump. To add to this, the decision follows a promise made to begin labeling posts about voting in the 2020 election from any politician. Donald Trump’s earlier post included one on mall-in ballots and another during the Black Lives Matter protests where Trump refers to “looting” would lead to “shooting”. Facebook’s main rival Twitter has flagged this content to users as the US President from an earlier date.

On 21st July 2020, Facebook allowed Donald Trump to post on their platform expressing that a mail-in voting system could lead to a corrupt election. Donald Trump tweeted “Mail-In Voting, unless changed by the courts, will lead to the most CORRUPT ELECTION in our Nation’s History! #RIGGEDELECTION”. Facebook have not attempted to comment on the truth or falseness of the post but have now decided to place a label on Donald Trump’s post for users. The label below the posts directs users to get official voting information of how to vote.

In light of the labelling of President Trump’s post, Facebook have now decided to place the same label, directing users to a voting information website to find out more, to Democratic nominee Joe Biden. The label has also been attached to former vice president expressing to “vote Donald Trump out this November” as this does not make any factual assertions about voting.

Although some argue that the content Joe Biden is posting does not have the same tone as Donald Trump therefore the labeling should be different for both politicians. On 21st July, the same day that Trump expressed his opinion on mail in ballots, Biden posted asking for campaign donations. As the Washington Post reports, Roger McNamee expressed “Rather than call out the falsehood, the label is worded so that some will read it as an endorsement of a false statement”. McNamee believes the method Facebook is using is an irresponsible way to tackle misinformation.

Law and political professionals are sharing their concern on the labeling decision though, as Rick Hasen Professor at University of California tweets, “This warning seems pretty useless — it might even seem that Facebook is endorsing what Trump is saying and providing a path for more information”. Whilst some are concerned, others are surprised that Facebook have decided to tackle political posts. In the past, Facebook has been reluctant to combat controversial posts by President Donald Trump. It has been rumored that there must be a reason behind this.

CEO Mark Zuckerberg is concerned that Facebook will attempt to label posts that mention voting however the task is larger than people may think. As BBC News reports “Because of the difficulty of judging this at scale, we are adopting a policy of attaching a link to our Voting Information Centre for posts that discuss voting, including from politicians. This isn’t a judgement of whether the posts themselves are accurate, but we want people to have access to authoritative information either way”. This approach has been criticized for not having the ability to distinguish between legitimate and misinformation shared about the election.

Critics have compared Twitter’s approach to Facebook in the labeling of information and found that although Twitter does successfully label false tweets about mail in ballots, it does not label content from the President that makes claims mail in voting as a wider subject. The Twitter spokesman explained to CNN that Trump’s tweet referring to mail in ballots leading to a corrupt election is not a violation of their policies however the reference to mail in ballots in California specifically is.

Even though Donald Trump is clearly demonstrating his opinion on mail in ballots, it has to be stated that the claims are false. There are measures put in place to protect the security of mail in ballots. In the United States in the 2016 elections, 1 in 4 voters casted their vote using the mail in method.

Chainsmokers Concert DJ’d By Goldman Sachs CEO In The Hamptons Is Under I...

Going Out Again: How Does It Feel and Are We Really Able To Social Distance...
Scroll to top