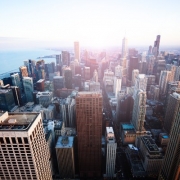 There is no denying that the high street has been in trouble for some time now, ever since the world of e-commerce exploded and competition went from local to global. With increasing choices and a new breed of customer who now demands an ‘always-on’ service, the future of the high street has remained a pertinent discussion in the business community.

Over the years we have all gotten used to seeing some of our favourite brands disappear from the high street, as times have moved on and their foothold on the marketplace weakens. Some of these, such as the closure of the much-loved Blockbuster video (except for the one remaining store still present in Bend, Oregon!) were an inevitable part of society’s evolution, as technological innovation such as on-demand streaming services replaced the need to visit the video store for the latest box office hits. But others have not been quite so expected, or if they were, their departure has left a bitter taste in our mouths as we battle with the emotions of seeing some of our beloved stories disappear forever.

In the U.K. this has certainly been the case recently, with news that both department store Debenhams and retail group Arcadia are facing financial trouble and liquidation. Debenhams has been a much loved addition to high streets or shopping centers up and down the country, having first opened the doors of its single store in 1778. Since then it has amassed over 200 stores across 18 countries. Sadly, Debenhams has faced an uphill struggle in recent years, as its position on the high street became increasingly uncertain. Debenhams first collapsed back in April 2019 at which point it proceeded with a company voluntary arrangement (CVA). As part of this arrangement, it’s landlords reduced their tenancy fees in order to help the business to continue trading, and the retailer agreed to close 22 stores in January 2020. It was also scheduled to close a further 28 stores by the end of 2021. This however, was the situation prior to COVID-19 and the subsequent lockdowns which have starved the high street of vital custom at critical points in the trading year. Initially, it appeared that JD Sports would be acquiring the company, however following the collapse of Arcadia, whose concession stores contribute around £75m to Debenhams’ revenue, they retracted their offer. Although no firm announcements have been made regarding the future of Debenhams, it has been suggested that should no suitable buyer come forward, the company will look to wind up their operations after clearing existing stock and honouring existing purchase agreements. In addition to the loss of around 12,000 jobs, this will also mean that all 124 retail units will remain vacant, with little hope of a similar sized retailer snapping them up.

If this wasn’t bad enough, the collapse of the Arcadia group added further fuel to the fire. Arcadia operates a number of popular high street brands including Burton, Dorothy Perkins, Evans, Miss Selfridge, Topman, Topshop, Wallis and Outfit. Collectively, these brands serve a broad demographic of customers including men, women, young and old; their absence will leave a searing gap in the high street fashion provision. It is thought that Arcadia currently occupies around 444 stores in the UK and 22 overseas, as well as employing around 13,000 staff.

What makes this situation even more worrying is that Arcadia has been a strong and stable player in the retail space for many years. Their store sizes are typically expansive and are often prominent on the high street or within a shopping center. The closure of some 560 stores from Debenhams and Arcadia combined in such a short space of time is bound to cause concern to real estate owners, who now have no certainty that new tenants will take over the units within the near future. Certainly as the pandemic continues, those retailers who are faring well are unlikely to want to take the plunge and expand their property portfolio until such a time as the retail sector stabilizes and shopping behaviour returns to pre-pandemic levels.

Such a blow to the retail property scene is likely to have knock on consequences for other retailers who remain. As landlords try to absorb the losses from vacant properties, they may try to increase rents from remaining tenants, or become less flexible when it comes to late payments. The high street remains extremely volatile and whilst COVID-19 continues its prevalence in society, whether stores remain open or closed is completely in the hands of the government. At such a time, existing retailers are going to need compassion and understanding from their landlords as they navigate the inevitable peaks and troughs in cash flow, but whether landlords will be prepared to play ball in the months ahead remains to be seen.