As the first votes in the 2020 Democratic nomination process have not yet been cast, it’s impossible to predict with certainty who will emerge as the democratic nominee to face Trump in the general election, particularly considering the historically large field of candidates running for president this year. That being said, pollsters have worked tirelessly since the beginning of the primary season to measure voters’ preferences towards each of the candidates, generating a tremendous amount of data for analysts at organizations like FiveThirtyEight to sift through. Accordingly, FiveThirtyEight just published the first iteration of its forecast simulating the outcome of the primary season, which claims that Biden has a 2 in 5 chance of winning the nomination and Sanders has a 1 in 5 chance of winning, whereas Warren has a 1 in 8 chance and Buttigieg has a 1 in 10 chance, with all other candidates having just a 1 in 40 chance of winning the nomination.

The results of the study, which are based on computer simulations of the primary season that are run thousands of times based on data collected from polling organizations and models generated from an analysis of previous presidential nominations, were published in an interactive format that allows users to view the calculated probability of victory for each candidate in each state. Though FiveThirtyEight has analyzed political polls for more than ten years, this year marks the first time the ABC News-owned organization has published a “complete back-to-front model of the presidential primaries.” Despite the number of complexities involved, such as the difficult-to-predict impact of the winner of one state primary or caucus on future ones, the organization feels confident enough in the accuracy of its simulations to publish its findings even at this early stage in the process. One of the factors that led to the organization’s confidence this year is the amount of data collected on the primary processes of 2008 and 2016, which helps analysts understand the nuances of how presidential primaries tend to play out. The outcome of the Iowa caucuses, for instance, has historically had a tremendous impact on voters in the other 49 states.

The race is still very much up in the air

That being said, FiveThirtyEight founder Nate Silver stresses that their model is a “forecast, … not an estimation of what would happen in an election held today” and that the forecast is “probabilistic” with a high degree of uncertainty. As more political events shape voters’ opinions on the candidates, more polls are conducted, and the first states begin to hold primaries and caucuses, the organization will continue to refine their predictions and update their forecast. Silver also stresses that FiveThirtyEight’s predictions should be taken literally, meaning that although Biden is currently calculated to have the best chance of any of the candidates of winning the nomination, the probability of his victory is only 40%, making it actually more likely than not that one of the other candidates will win instead.

Although Trump’s surprise victory in 2016 led many observers to feel as though poll data is not to be trusted, as organizations like the New York Times had predicted with 85% certainty on the eve of the election that Clinton would win, FiveThirtyEight has a better track record than most organizations when it comes to the accuracy of its predictions. In 2016, FiveThirtyEight was far more pessimistic than most news outlets about the likelihood of a Clinton victory, giving the former First Lady a two-in-three chance of winning. As Nate Silver once commented, “one-in-three chances happen all the time;” when viewed from this perspective, it’s no surprise that Trump won in 2016, provided one has a realistic understanding of how to interpret the results of statistical models of probability. Accordingly, while Joe Biden has consistently led opinion polls since announcing his candidacy last year and has by far the highest probability of any candidate of winning the race for Democratic nominee, the race is still very much up in the air, as three other candidates stand a decent chance of victory as well. 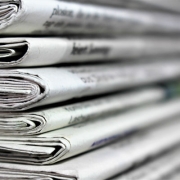 McConnell Says He Has Votes to Start Impeachment Trial Without Witnesses 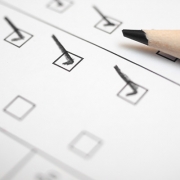 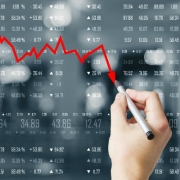 One Of The World’s Largest Fish Is Officially Extinct