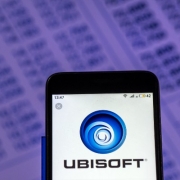 Gaming giant, Ubisoft is currently facing a wave of sexual misconduct allegations, investigations into which are slowly revealing a toxic workplace culture which sexism and machismo even altered gameplay. The allegations, mostly made anonymously online, have already led to three high-profile members resigning from their positions, part of the “the comprehensive work the company is doing to improve and strengthen its workplace culture” Ubisoft said in a statement. Ubisoft has produced many highly-popular and award-winning games, including the ongoing series’ Far Cry and Assassins Creed. New investigations have revealed a toxic work culture in many of its global offices which promoted misogyny and racism and how even early proposals for the award-winning Assassins Creed franchise were repeatedly altered to avoid female leads.

Part of a broader #MeToo movement in the gaming industry, Ubisoft has been facing months of sexual harassment allegations, prompting further and ongoing investigations into staff members and the overarching toxic workplace culture. According to an investigation published by Bloomberg Businessweek on 21st July, over a dozen employees have made claims of harassment and abuse with over three dozen former and current employees backing up these claims and indicating that many more have not come to light. Outlining that Ubisoft acted rarely, complaints were more likely to be ‘ignored, mishandled, or undermined.’ Accusations range from subtle sexism to sexual assault and many employees describe a hostile work environment towards women and minorities.

Bloomberg reports: ‘Staff openly made misogynist or racist comments across the publisher’s various offices, and senior executives took part and escalated the misconduct in the form of inappropriate touching or other sexual advances, current and former employees say.’

High-ranking resignations include Chief creative officer Serge Hascoët, human resources director, Cecile Corne and the managing director of the Canadian branch, Yannis Mallat. Hascoët, a major cog, has been accused of sexual misconduct and predatory behaviours. According to Eurogamer ‘Hascoët is alleged to have regularly held company meetings in strip clubs, to have made sexually explicit comments to staff and to have given colleagues weed-laced cakes without their knowledge.’

The award winning and popular Ubisoft game series, Assassins Creed, currently consists of eleven main games, several spin offs, transmedia projects and even a led to a major motion picture starring Michael Fassbender and Marion Cotillard. The series, through a range of different historical settings depicts an ongoing battle between two ancient secret societies – the Assassins and the Templars. Covering historical periods such as the Third Crusade, American Frontier, Ancient Greece and much more.

Previously unreported accounts show how original gameplay plans were repeatedly altered to diminish or remove female leads. In 2014 Assassin’s Creed Unity did not provide playable female characters online, because “it was really a lot of extra production work” to add women’s clothing and animations to the game,’ the Bloomberg investigation reported. According to three people working on Assassin’s Creed Syndicate, an early script gave equal screen time to the twin protagonists, Jacob and Evie, but Jacob soon became the dominant protagonist. 2017’s Assassin’s Creed Origins, male hero Bayek was set for an early demise, passing the torch to his wife, Aya. Aya’s role surprisingly shrank to make way for leading figure, Bayek, according to two creators. The latest release, 2018’s Assassin’s Creed Odyssey follows siblings Kassandra and Alexios, several members of the team report that the sister was intended to be the only playable character but were told that it was not an option. ‘All of the directives came from Ubisoft’s marketing department or from Hascoët, both of whom suggested female protagonists wouldn’t sell, the developers say.’

According to TechRadar: ‘Following the report, former Ubisoft employees took to Twitter to back the claims. One former female employee claims she was told on many occasions that “women don’t sell”, while another said she was told that “the protagonist must be a straight, white, alpha male”.’

The reluctance to utilise female leads is a widespread issue, despite such hits as the Tomb Rader series and Horizon Zero Dawn. The gaming industry as a whole has been repeatedly under-fire for its representation and treatment of women. Not only is there a definite gender imbalance within the gaming industry as a whole (often going hand-in-hand with a sexist work environment and regressive representations of women in gameplay) the 2014 gamergate controversy brought to light the insidious peak of the culture where some women within the gaming industry were targeted, harassed and even recieved death and rape threats.

Promising change, in a statement in Paris on the 12th of July, CEO Yves Guillemot stated: “Ubisoft has fallen short in its obligation to guarantee a safe and inclusive workplace environment for its employees, this is unacceptable, as toxic behaviors are in direct contrast to values on which I have never compromised—and never will. I am committed to implementing profound changes across the company to improve and strengthen our workplace culture.”