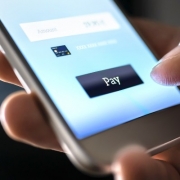 Shares in German payment company Wirecard have continued to drop with the company’s chief executive Markus Braun claiming the company could even be a victim of ‘considerable fraud’ after nearly €2bn ($2.24bn) appeared to be missing from their financial accounts.

Following a statement that the company’s auditor Ernst & Young GmbH Wirtschaftsprüfungsgesellschaft, Munich (EY) could not find the cash balances, shares have dropped by over 60%. The balances, worth around 25 per cent of the balance sheet, has led the auditors to believe that “spurious balance confirmations” had been created specifically to “deceive the auditor and create a wrong perception of the existence of such balances”, leading questions to be raised over whether the move was made by a trustee.

EY announced, “The Wirecard management board is working intensively together with the auditor towards a clarification of the situation.” The announcement continued to confirm that if the company failed to produce their financial statements for 2019 by the end of the week, Wirecard could see loans of nearly $2.24bn being “terminated”.

Once worth an estimated $26.8bn Wirecard had been seen as one of the major players in financial technology in Germany however the allegations of fraud have seen a major ‘fall from grace’.

The Financial Times has been investigating the accounting practices of the company and has since published several reports, dating back to the beginning of 2019. The reports claim that the Singapore branch of the business had used a combination of backdated and forged contracts to increase their revenue while further reports claimed that employees in the Dublin, Ireland and Dubai subsidiaries had worked together to inflate their profits as well as their sales in a deliberate attempt to mislead those at the EY.

Braun confirmed, “All parties involved are endeavoring to clarify the matter as quickly as possible. It is currently unclear whether fraudulent transactions to the detriment of Wirecard AG have occurred. Wirecard AG will file a complaint against unknown persons.”

Management board member Jan Marsalek has also been suspended “on a revocable basis” with James Freis, Jnr taking on a role on the board.

However these issues are just the latest in a string of activity that has impacted the company.

Dating back to 1999 when the company’s predecessor InfoGenie was established, Wirecard first listed on Frankfurt’s stock exchange in 2005 thanks to a reverse merger with the company.

Braun first joined the company in 2002, becoming chief technology officer and chief executive and worked to build an international expansion with subsidiaries opening in Singapore amongst others. He also oversaw the acquisition of the prepaid card services division of Citigroup, therefore enabling the company to move into the U.S. market.

With customers including Dutch airline KLM, FedEx and Fitbit, the electronic payments company has seen the company attract big business. Wirecard also has its own mobile payment app ‘Boon’.

All of these moves saw the company’s share price increase dramatically taking the unknown company to one of the biggest in Germany.

Yet the last 18 months has seen the Financial Times launch an investigation into the company’s accounting practices after they reported on the allegations surrounding the Singapore subsidiary.

The newspaper highlighted allegations that Wirecard were ‘round-tripping’ – where transactions of a questionable nature are carried out across borders in an attempt to make them seem legal to the relevant auditors.

Further reports alleged that employees in the finance department were inflating sales and profits in a deliberate attempt to mislead EY as to the level of their subsidiaries figures.

The company released a video in response with Braun confirming that the possibility of the company being a victim of “considerable” fraud “cannot be ruled out”. This follows repeated denials of the FT’s allegations as well as Wirecard suing the newspaper, accusing them of ‘colluding with short-sellers.”

In response the FT has rebuffed the claims leading to an independent review by law firm RPC who confirmed there was no proof of wrongdoing by the FT.

The missing funds has placed a cloud of uncertainty on the future of Wirecard with investment research company CFRA’s senior analyst Richard Sbaschnig confirming the current situation could provide crucial for their liquidity as around $1.9bn of the company’s cash is currently held by regulated entities saying, “There are typically regulatory restrictions on accessing this cash for general corporate purposes.”

Argonaut Capital holds a short position in Wirecard and founder of the company Barry Norris has said the company could be “declared insolvent by the weekend.”

Norris continued, “Braun has brazenly tried to portray the company as a victim of fraud and instead tried to focus investors on apparently strong reported revenue growth. If the cash balances are non-existent, then logic would also suggest that current trading is equally fictitious.”

While Braun has ignored investors demands that he quit he has said it is “currently unclear whether fraudulent transactions to the detriment of Wirecard AG have occurred.”