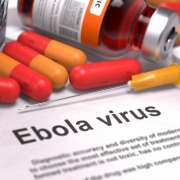 With the world’s health news currently focusing primarily on the current coronavirus pandemic it is hard to imagine any good news stories featuring illnesses.

However in eastern Congo they have confirmed that after nearly two years they have finally eradicated the second deadliest epidemic in history. Yet along with the news that Ebola – which saw 2,280 people lose their lives – had left the region was also the promise of new vaccines, a campaign that has been severely sabotaged thanks to both armed rebels and mistrust throughout the region.

There are still several health challenges for the country to contend with including the increasing levels of Covid-19 and a new outbreak of Ebola in the north of the country as well as the world’s largest measles epidemic.

Co-ordinator of the response team Dr Jean-Jacques Muyembe confirmed the news saying, “We are extremely proud to have been able to be victorious over an epidemic that lasted such a long time”.

While an announcement was first arranged in April a new positive case meant the 42 day waiting period had to be restarted – this is the length of time the country needed to be case free before such a declaration could be made.

It is widely acknowledged that the epidemic has proven to be a big predicament for the way the country’s Health Ministry, international aid groups and the World Health Organization (WHO) could deal with it due to it being in a conflict zone. Thanks to ever-increasing numbers of armed gangs there were some areas where patients could only receive vaccinations after medical personnel were flown into the area by helicopter.

Yet this was not the only cause of concern for the numerous workers that were trying to help those infected. Many of the smaller communities and villages do not like ‘outsiders’ coming to their homes and this caused rifts between the hospitals and the very people they were trying to help. This deep mistrust has been caused by over 25 years of conflict within the area and even saw many of those offered the vaccine refusing to take it, worried that it was another attempt to slaughter those in the area.

As with many political or health issues – or any other big event – there were some that believed the conspiracy theories that the epidemic was nothing more than an elaborate scheme, cooked up to keep then President Joseph Kabila in power. These concerns were increased after the national elections were cancelled in the infected areas.

West Africa has also experienced an Ebola epidemic with over 11,000 people dying from the virus in recent years but this was due to there being no treatment or a vaccine. However by the time the virus had reached eastern Congo there were two new vaccines available, a welcome relief against the illness that only has a survival rate of around fifty per cent.

These treatments were literally a lifeline to many and by working together with the ALIMA aid group, those that needed the treatment and vaccines the most started to learn to trust those there to help and in turn, feel less abandoned. There were also procedures put in place to instill confidence in those who had loved ones who were already sick, including an area where visitors could see their families – albeit through a transparent barrier to protect both the visitor and the patient.

In eastern Congo there has been two separate vaccines trialed and both of the experiments eventually went on to receive regulatory approval and much of the successful eradication of Ebola has been laid firmly at the feet of the companies that manufactured them, Johnson & Johnson and Merck.

Thanks to the high levels of success it is believed that they will both be used in the fight against a fresh outbreak in the northern Equateur province.

Although the citizens of eastern Congo are rejoicing at the news health teams now have to explain to them that there is a new, bigger virus that is heading their way, again without a current vaccine or treatment. Although it seems unlikely that there is anyone in the world who has not heard of Covid-19 there are regions that the news has not reached. With many areas still being controlled by armed rebels it is difficult to find a way to gain the locals trust so that they can be tested and, where necessary, treated.

There is some positivity though. With Ebola having been so prolific in the area it is second nature to everyone to ensure they maintain some form of social distancing as well as regular hand washing so even once the virus hits these areas it is hoped it will not spread as easily as it has in the western world.

The Handmaids Tale Season 4 Will Return in 2021

How Comfort Food Could Be Affecting Your Mood
Scroll to top