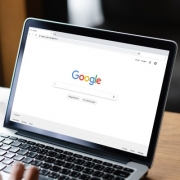 American technology companies appear to be lining up to invest in the Indian conglomerate Reliance Industries’ digital business, with Alphabet-owned search engine Google becoming the latest to announce their plans.

The deal, which will see Google receive a 7.7% stake in Jio Platforms in return for $4.5bn in investment, will also allow the two companies to work together to develop new phones and technologies for both 4G and 5G networks.

Yet Google is not the first big name company to invest in the conglomerate with Qualcomm, Intel and Facebook all announcing they have taken shares.

Reliance’s owner, billionaire Mukesh Ambani released a statement to the company’s shareholders that confirmed the move saying, “Google has empowered millions of Indians to access helpful information and, like Jio, is a force for change and innovation.”

Sundar Pichai, chief executive of Google also spoke about the deal saying “The pace and scale of digital transformation in India is hugely inspiring for us and reinforces our view that building products for India first helps us build better products for users everywhere.

The move follows Google’s announcement that they would be investing in India with $10bn earmarked to be spent over the next seven years in a ‘Google for India Digitisation Fund’. The latest announcement equates to 45% of this fund.

Pichai continued, “Our (Google’s) investment of USD 4.5 billion in Jio is the first, and the biggest investment through this fund.”

Facebook have confirmed that they have taken a 9.99% stake in Jio in return for $5.7bn investment meaning they are now the biggest minority shareholder in the company. The Indian mobile internet provider has also received investment from Qualcomm and Intel albeit at smaller amounts equating to 32.94 per cent of its stake being sold to investors.

Mr Ambani did have a net debt of $21bn but his recent business deals has seen him raise over $20bn over the last three months thanks to 11 big named investors. These deals means Mr Ambani can continue to work on expanding his company in an attempt to compete against his rivals, such as Amazon.

Jio Mart, Mr Ambani’s online business, is looking at connecting India’s 400 million Whatsapp owners with stores close to them. India has a high number of ‘mom and pop stores’ that Mr Ambani believes the Facebook-owned app would benefit from, which is why their $6bn investment earlier in the year was seen as such a huge deal.

In a bid to work alongside Indian Prime Minister Modi’s desire for a ‘self-reliant’ India, Mr Ambani has confirmed his company has been working towards developing their own 5G networks.
This will help India to not only become more self-sufficient but it will also enable them to step away from tech companies such as China’s Huawei, a company that has seen it’s own moral and security levels questioned by leaders around the world.

American president Donald Trump has continued to state he believes that Huawei is a security threat and recent reports in the UK and Australia have shown that they too are questioning any future investment with the Chinese tech giant.

However, tensions between India and China are continuing to grow, especially since the recent dispute over border issues in the Himalayas, which has led the Indian government to look at all their interactions with China.

Jio launched in the fall of 2016 and the relatively new mobile operator has grown quickly, becoming one of the industry’s biggest leaders in the last 12 months. They already have around 400m subscribers and plans are afoot to grow to around 500m by 2024.

Mr Ambani confirmed that the investment would see Jio and Google work together on an Operating System (OS) saying, “A couple of years back we developed JioPhone, which still remains the world’s most affordable 4G phone. Even though we have sold over 100 million JioPhones to date, there are many feature phone users who are waiting to upgrade to a conventional smartphone, if only it were more affordable.”

He continued, “We have decided to address this challenge head on and believe that we can design an entry-level 4G or even a 5G smartphone for a fraction of its current cost.”

It is not just mobile operations that the conglomerate has invested in. Reliance has confirmed that in a move appearing to rival Amazon, they will be launching a delivery service with the aim to become the biggest grocery delivery service in India.

In a world which has seen vast disruption over the last six months India is continually being seen as a prime location to invest, especially with the number of internet users continuing to increase to over 850 million.

According to Forbes, Mr Ambani is currently the ninth-richest person in the world, with a net worth of over $68.7bn.

Chicken Run 2 Caught Up in Ageism Row
Scroll to top