Blog - Latest News
You are here: Home / News / Culture News / Great Books That Will Keep You Entertained In Quarantine 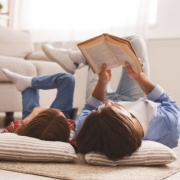 It’s clear that all of us are trying to come up with new ways  to keep ourselves entertained while we sit in quarantine and wait for the world to return to normalcy. There’s only so many movies and shows we can watch in a day, and now that the weather is getting nicer, a lot of us are going to want to spend time outdoors when the reality is we can’t leave the confines of our property. So what’s one of the best activities you can do while standing still outside? Reading! Here are a few options of great summer reads to get you through the next few months:

A Thousand Acres, By Jane Smiley: This novel follows a small town farmer as he tries to decide which of his three daughters will get his land once he dies. The novel itself is a written adaptation of the play King Lear, and like in the original production, the conflict of the novel is heavily based around the unraveling of a small town family. The novel explores themes of cultural and political tensions in America in the 60’s and 70’s while also bringing up issues of climate change impacts on farmland and inequality.

Riddley Walker, By Russel Hoban: If you have the mental ability to stomach a novel that takes place in a post-apocalyptic nuclear war zone, this will definitely be the novel for you. The book has been reviewed as a real page turner and according to its author, “it’s a work of complete fiction—an entirely made-up world with its own gravitational integrity, its own language, its own codes, its own myths, its own poetry, almost its own sense of humor—that breaks upon our world like the truth.”

Too Much and Not The Mood, By Durga Chew-Bose: This novel of personal essays explores the idea of being an introverted individual who isolates themselves from the regular world to observe their own; an experience we all can relate to at the moment. The book is known for intensely descriptive imagery of everyday mundane things we’d all find around our homes, and Chew-Bose’s ability to reflect broadly on the idea of coming-of-age in modern society.

Untamed, By Glennon Doyle: This novel is a first person account of Doyle’s journey to finding her inner voice and inner peace in a world that has been so cruel to so many of us. This novel entered the mainstream after celebrities like Reese Witherspoon promoted it on her book club list, and is known as a great source of unmatched positivity during a time where everything feels saturated in negativity.

Dear Girls: Intimate Tales, Untold Secrets, and Advice for Living Your Best Life, By Ali Wong: In the comedian and actress’ first book to hit the market, Wong lets her fans into her life growing up with that raunchy, real, and most importantly, funny personality most expect from her at this point in her career. While the novel does discuss some more serious aspects of Wong’s life, the novel itself is a light and uplifting biography read.

The House In The Cerulean Sea, By TJ Klune: This fictional novel follows main character Linus Baker, as he attempts to determine whether or not six magical children living nearby could cause the end of the world as he knows it if they wanted to. The novel has a ton of fun twists and turns, and plenty of fantastical elements to transport you to a more magical place.

Oona Out Of Order, By Margarita Montimore: This is another fictional novel with some Sci-Fi elements woven throughout it. The novel begins on New Years Eve in 1982, and when the clock strikes midnight, not only is it 1983, but our main character’s birthday. Oona Lockhart turns 19 at the stroke of midnight but faints before she’s even able to hear someone wish her a ‘happy birthday.’ When she wakes up, it’s 32 years in the future and she’s 51. 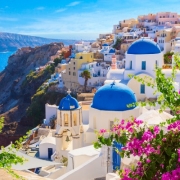 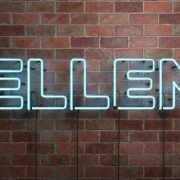 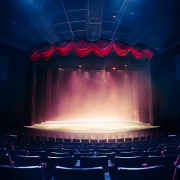 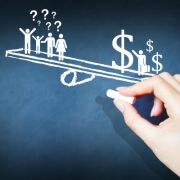 This 10-Year-Old Started Her Own Charity To Help Kids In Foster Care Cope With...

Things You Should Know Before Renting An RV
Scroll to top