Blog - Latest News
You are here: Home1 / News2 / Lifestyle News3 / Has The ‘Eat Out To Help Out’ Scheme Just Reinforced The Discount Cult... 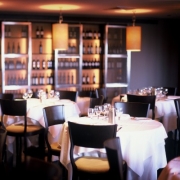 As the UK-wide ‘Eat out to help out’ scheme comes to a close, some experts have questioned whether this seemingly helpful initiative is in fact going to cause long term damage to the dining out sector, as customers quickly adapt to the heavily discounted prices.

The ‘Eat out to help out’ scheme is a government-backed promotion which applied to meals eaten in restaurants on a Monday, Tuesday and Wednesday throughout August. On these days, customers could eat at a participating sit-in restaurant and receive 50% off their meal, up to a maximum of £10 per person. The government would then cover the remaining 50% of the costs, ensuring that the outlet did not miss out on vital income needed to remain trading.

Not surprisingly, this scheme has been a roaring success, with more the 10.5 million meals purchased through the scheme during the first week, alongside stories of endless queues and waits to be seated at the now sparsely situated tables in order to abide by social distancing guidelines. Whilst this has certainly been a positive move for the restaurant sector in terms of helping venues to reopen and begin trading again with sustained numbers of customers, there is the concern that this is just a temporary surge. Like has been the case with so many retailers in the past, price-led promotions have a habit of backfiring and leading to an inevitable drought in both footfall and sales once the promotion has ended. This is known in business as the ‘feast and famine cycle’.

Black Friday is one of the most well known cases of this phenomenon. Held both in the US and the UK, Black Friday takes place in November and during this promotional period,which can last anything from a day to a week, certain items are available at ‘rock bottom’ prices. The concept behind this offering is that the heavily discounted prices will entice customers to return to the stores and purchase items they may have sourced from competitors, or were just putting off for a later date. Typically the most attractive purchases during Black Friday are large TVs, sofas and other electrical goods.

The trouble with Black Friday promotions is that over time, two less than favorable outcomes have been identified. The first is that there tends to be a record number of returns after the event, as many customers are swept up by the excitement of an impulse purchase, only to be left regretting the decision afterwards. The other aspect is that the vast majority of purchases would have been made anyway at some point in the year, so all the Black Friday promotion did was bring these sales forward. What this then leads to is a much quieter, lower sales period immediately afterwards.

Many experts have emphasized that the long term impacts of Black Friday promotions far outweigh any short term lifts in sales, but what is perhaps most damaging is that it causes customers to associate the brand or products with the lower prices, making them much more reluctant to pay the original higher prices once they are reinstated. This then causes retailers to enter a vicious cycle of sales and reductions purely to keep their customers interested and it can be almost impossible to switch them back to the higher priced mindset.

This price-averting behavior could also be seen in the dining-out sector too, as people bring forward their dinner bookings to take advantage of this short-term government-backed promotion. It is highly likely that these people would have dined at the establishment at some point in the future and paid the higher price, so the reality for many is that they are simply cannibalizing their existing custom rather than bringing in hoards of new customers. The fact that some restaurants are going to use their own money to help extend the promotion into September just shows how concerned they are that the number of customers could tail off dramatically once the offer is no longer in place. Having a larger family of my own, I have witnessed first hand just how much of a difference this promotion can make to the cost of having a meal out, and whilst we have taken advantage of the offer several times during August, we will certainly be less enthusiastic about doing so in the coming months as prices return to normal.

The dangers associated with discount pricing are very real and it has long been a strategy which businesses should adopt with some trepidation. In the face of continued uncertainty, spiking cases of coronavirus and local lockdowns being imposed at a moment’s notice, only time will tell whether the dining out sector will be able to maintain sufficient custom at their original prices or whether they too will fall victim to the curse of the discount culture.