Blog - Latest News
You are here: Home1 / Around The Web2 / Science3 / Have Scientists Solved Climate Change? New CO2 Filtering Device ‘is Re... 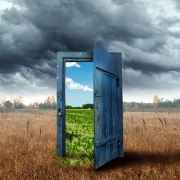 The Earth has been steadily warming since the beginning of the industrial age, and part of that is to do with the build up of carbon dioxide (CO2) in the atmosphere. CO2 creates a thermal blanket trapping heat which would otherwise be reflected back into space – hence the international drive to reduce carbon emissions. Now, scientists have developed a device which can remove CO2 from a stream of air.

The device is essentially a large battery which absorbs CO2 as the gas passes over the electrodes.

As the battery charges, an electrochemical reaction occurs thanks to a stack of electrodes, which are coated with a compound called polyanthraquinone.

This compound naturally attracts CO2 and reacts with the molecules, essentially absorbing the gas, according to the research published in the journal Energy and Environmental Science.

The researchers said that theoretically, a stack of these electrodes could be placed in a power plant where CO2 is being pumped into the atmosphere and help lessen the environmental blow.