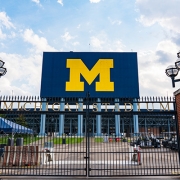 After weeks leading negotiations between industry stakeholders and the administration, Hertel tells Legal Sports Report that an agreement has been reached that will get the signature of Gov. Gretchen Whitmer.

While a steep tax increase for iGaming was needed to garner the governor’s support, the tax rate for sports betting actually decreased from 8.75% to 8.4%. Otherwise, the bill remains largely unchanged.

Hertel laid out that the substitutes to the bills passed by the House will be adopted and voted out of the Senate Regulatory Reform Committee early Tuesday morning.

The Bond Watch is Revealed