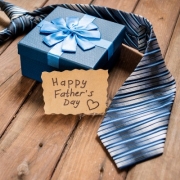 Father’s Day is fast approaching. It is celebrated each year on the third Sunday in June, landing this year on Sunday the 21st of June. Whilst you are busy deciding on a present, activity or planning to remember a father that has passed, immerse yourself in the history of Father’s Day and how it is celebrated around the world.

The first Father’s Day in America was actually celebrated on June 19th 1910, in Washington, according to History.com. ‘However, it was not until 1972–58 years after President Woodrow Wilson made Mother’s Day official–that the day honoring fathers became a nationwide holiday in the United States.’ Mother’s Day has roots all the way back to 1860, and was the work of activist Ann Reeves Jarvis, originally to honor her own mother. Interestingly, Father’s Day was also the work of a female activist, Sonora Louise Smart Dodd, who was raised by her widowed father when Sonora was 16 years old. Sonora’s Father was a Civil War Veteran and raised six children. The story goes, when Dodd was listening to a Mother’s Day sermon, she realized the need for a day to celebrate fathers.

According to National Geographic: ‘Inspired, Dodd drew up a petition for the first Father’s Day, which she argued should be celebrated on her father’s birthday in early June. Even though the petition only earned two signatures, Dodd convinced several local church communities to participate—on the condition she push the date to late June to give them more time to prepare. The resulting celebration, in Spokane, Washington, kicked off Dodd’s nearly life-long mission of promoting Father’s Day for national status. Over the next half-century, Dodd would travel the United States, speaking on behalf of Father’s Day and campaigning for the cause.’

Today, Father’s Day is celebrated with gifts, food, gatherings, special outings and so forth. Last year it was estimated that America would spend $16 billion for Father’s Day, according to the National Retail Federation. In light of current events, this year, the National Retail Federation surveyed 8,209 US adults above 18 in May. They concluded that ’75 percent of consumers plan to celebrate Father’s Day, 58 percent say they are likely to celebrate Father’s Day virtually’ and ‘Top gift categories include personal care, home and gardening tools and appliances.’

There are some suggestions that the idea of Father’s Day originates in Paganism. In the Roman Catholic Church, the Feast of St Joseph, who was the patron of Father’s was and still is celebrated around the world on March 19th. Countries such as Italy, some parts of Ireland and Poland still celebrate Father’s Day in conjunction with this holiday, however some also celebrate the June Father’s Day as well. Brazil celebrates on the day of St. Joachim, also the patron saint of fathers and grandfathers.

The first Father’s Day in America, honored fathers by wearing roses. Red for those that were still alive and white for those fathers in memoriam. Much like Mother’s Day, special sermons would be held in church. In the 1920’s silk neckties proved the first popular Father’s Day gift and needed to be mass-produced to keep up with demand. Since it has been celebrated throughout the years with different trends and gifts.

In Germany, Father’s day takes place on the 40th day of Easter, also known as Ascension Day. Vatertag, Mannertag and Herrentag in different regions, it is often celebrated with breakfast in bed, dressing up in odd outfits and wagons full of beer.

Australia’s Father’s Day is thought to have originated in the 1930’s and is celebrated on the first Sunday in September. Sweden also favors the later day, enjoying traditional breakfast in bed, cake and gifts in November.

Mexico celebrates on the same day as the Unites States, Huffington Post reported that ‘El Dia del Padre features a 21-kilometer race in Mexico City called the Carrera del Día del Padre, as well as gift giving and delicious meals.’ Further, Nepal honors Father’s in ‘The Nepalese religious rituals called Gokarna Aunsi, Kushe Aunsi or Buba ko mukh herne din take place in late summer. These occasions are special for fathers, as people spend time with their dads, offering food and gifts and praying for fathers who have died. Many people visit holy places like Gokarna to pray to the Hindu deity Shiva and perform rituals in honor of their deceased fathers.’