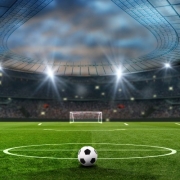 The number of celebrities who endorse or release products in their name used to be the way for them to capitalize on their earnings, making their money work for them in the long-term.

However, the last few years has seen more and more stars turn their hand to investing in companies that you may not expect them too.

Drinks are a huge area to invest in with actors including Gilmore Girls’ Scott Patterson and Wolverine actor Hugh Jackman both founding their own coffee brands, Scotty P’s Coffee and Laughing Man Coffee.

Interestingly Hugh Jackman turned down an offer to invest in UK soccer team Norwich City FC, a move that he has since admitted he regretted.

This week it emerged that Jackman’s ‘frenemy’ Ryan Reynolds has expressed an interest in investing in soccer club Wrexham FC, a Welsh soccer team that plays in the fifth tier of the English football league.

The soccer club announced that Reynolds, alongside It’s Always Sunny in Philadelphia star Rob McElhenney, would be attending a special general meeting (SGM) to discuss whether they would be suitable for the club as well as what their plans would be.

The soccer club, owned by their own supporters since 2011, has unsurprisingly voted for dialogue to start with the two Hollywood stars as if the takeover goes ahead a potential £2 million ($2.5 million) could be invested.

The Wrexham Supporters Trust members were asked to vote on whether to hold a SGM with Reynolds and McElhenney and a staggering 95% voted for the move.

Although the deal has been on the table for a short time Trust director Spencer Harris confirmed the news on BBC Radio Wales Breakfast saying, “we’ve known for a little while, but we wanted to come as early as we could in the process to involve supporters.

“As everybody knows we are community owned and therefore this has become public knowledge a little bit earlier than it would in any other normal circumstance, but yeah it’s out there now so people know all about it.

“We started talking through representatives of theirs, talking about the club, and we’re now in a position where we are able, following the SGM on Tuesday night, to get into detailed discussions about what a takeover deal could look like.

“There is some way to go and at the end of the day it will be the supporters who decide what the future direction of the club will be.”

Harris also confirmed he had spoken to both actors several times and has been left feeling impressed by the way they are approaching the takeover.

“They are very serious, professional and successful people, not just as actors but in the business world as well and this is a very serious endeavor for them and they’ll set out their vision in due course, but I know they are very passionate about this and have gone into a lot of depth to understand about the football club.”

Although non-league teams are not always at the top of a celebrity’s shopping list it is believed that the two actors have an “emotional connection” to the team. However when asked ‘why Wrexham’ Harris replied, “I would answer ‘why not?’ because for us as Wrexham fans we are the third oldest professional team in the world, the oldest in Wales and play at the oldest international stadium anywhere in the world.

“We are a team with a proud history that’s beaten Porto in the European Cup Winners Cup and there’s lots of potential at the club, so why not?”

“But… I don’t want to get in front of them setting out their vision for the club which they will do in due course.”

If the deal goes through the control of the club would forgo their control and that could be a big deal for some supporters.

Harris continued, “It’s very exciting news for a lot of people, but supporters will make a decision on whether this goes forward or not.

“Of course I would imagine we would see them at the Racecourse and we may have done already had it not been for Covid-19.

“It’s a difficult time for all of football, not just at our level, even clubs at Premier League level are taking significant loans from government.

“We are in a relatively decent position versus many so there’s no particular burning platform at the football club as we speak right now, however investment into any football club, especially at this level, does make quite some difference and obviously these are very serious professionals, successful people who I’m sure would have a lot to bring to any business.”