The House is gearing up to vote on a resolution this Tuesday that would call on current Vice President Mike Pence to invoke the 25th Amendment and remove President Donald Trump from office following last week’s riot at the Capitol building that the current standing president helped insurrect.

The measure that the House is introducing claims that Pence should convene and mobilize Trump’s Cabinet to activate the 25th Amendment and declare the president “incapable of executing the duties of his office and to immediately exercise powers as acting president.” The resolution itself is sponsored by Democratic Representative Jamie Raskin.

A mob of hundreds of pro-Trump rioters stormed the Capitol building last week after Trump made a speech further emphasizing his belief that Biden won the 2020 election illegally and that this was one of the most “fraudulent elections in US history.” The crowd of angry rioters then stormed the Capitol building after Trump ended his speech claiming that they would be walking to the Capitol to make their voices heard; the president was nowhere to be found once the riot began though.

The six-page resolution stated that the mob of rioters “threatened the safety and lives of the Vice President, the Speaker of the House, and the President pro tempore of the Senate, the first three individuals in the line of succession to the presidency, as the rioters were recorded chanting ‘Hang Mike Pence’ and ‘Where’s Nancy’ when Trump tweeted to his supporters that ‘Mike Pence didn’t have the courage to do what should have been done to protect our country.’”

The measure also lays out a slew of evidence that Trump incited his supporters to commit acts of violence at the Capitol building, as the president has “demonstrated repeatedly, continuously and spectacularly his absolute inability to discharge the most basic and fundamental powers and duties of his office.”

Trump’s disrespect over the 2020 election and democratic process within the past two months is also mentioned quite a bit in the measure, as his complete disinterest in participating in a peaceful transition of power has only further motivated his supporters to “take back the White House” and give it to Trump, as that’s who they believe rightfully won the election.

Pence is unlikely to remove Trump from office, especially considering House Democrats have also introduced articles of impeachment against the president that could likely be passed before inauguration. Sources close to Pence also claim that at this point he’s just trying to make it to January 20th “in one piece.”

According to senior White House officials Pence and Trump met in the Oval Office on Monday morning in which they discussed the past four years and the attacks on the Capitol building. They apparently both said that those who broke the law and stormed the building “don’t represent America.”

The House is projected to vote this Wednesday on an article of impeachment that would charge Trump with “incitement of insurrection” in motivating his supporters to storm the Capitol last week and fight. If passed the Senate will then hold a trial to determine whether or not Trump should be convicted and will potentially eliminate his ability to run for office again. 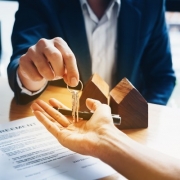 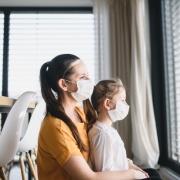 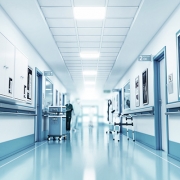 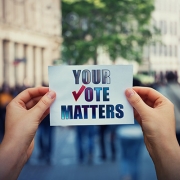 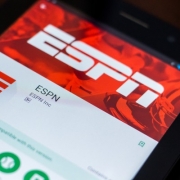 House Searches Up By 30% Year on Year in January

The UK’s Battle with Coronavirus in 2021
Scroll to top