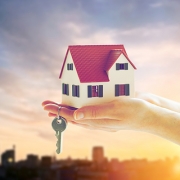 Houston and two other Texas cities are among the nation’s most promising places to invest in retail real estate, according to a new Ten-X Commercial report.

Thanks to a booming economy and a resurgent energy sector, Houston ranked as the No. 4 “buy market” for retail real estate, according to Ten-X. Local retail rents are projected to rise by 4 percent to $17.42 per square foot per year by 2022. That compares with a projected 1 percent gain year-over-year in rents nationwide to $18.92.

The California-based company, which operates an online platform for commercial real estate transactions, ranked Austin as the nation’s top “buy market” ahead of San Francisco and Orlando, Fla. Dallas ranked No. 5.

Brick-and-mortar retailers continue to face challenges as more shoppers go online, with e-commerce doubling its share of retail sales over the last decade to 16.5 percent, the report stated. More than 8,560 stores have closed so far in 2019, up from 5,524 in all of 2018, according to Coresight Research.

With $600 Million More to Spend, a Sports Investor Thinks Bigger