Blog - Latest News
You are here: Home / Around The Web / Business / How Businesses Have Adapted During The Pandemic 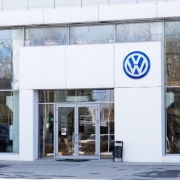 While many countries around the world are still struggling to predict the long lasting effects coronavirus will have had on their economy, China has started to re-emerge from the status of a closed country and start moving forward to repair their economy.

Theoretically, China is now around seven weeks ahead of the rest of the world so we would be wise to start looking at how they are dealing with the crisis as we put in place our own plans for the future.

Global brands with business in China have already started to put together blueprints on how the rest of their business can rebuild in different countries. And with Wall Street analysts looking at the corporate responses from within China it is important to see how the world can reopen, successfully.

Brands such as Disney (DIS), Starbucks (SBUX) and Nike (NKE) have all chosen to share how they dealt with the pandemic with investors and in most instances have paid tribute to their teams who they say have helped them to survive.

While Nike recently confirmed it was “seeing the other side of the crisis in China” they have implemented their most successful practices into the rest of their business outside China. The same with Volkswagen (VLKAF) who were seen reopening their plant in Wolfsburg in Germany and confirmed the experiences they had reopening their factories in China were strategic in their plans.

Although it is already a fact accepted by many that life will not be returning to ‘normal’ business leaders have instead chosen to adapt the way they work to enable them to keep changing in line with the way the world is changing.

IBM China’s CEO Alain Benichou said, “This is the new normal. There are many wake-up calls that we are working on right now.”

With health experts continuing to advise us to stay at least six feet apart from each other to enable the prevention of the virus spreading, many companies are ensuring that social distancing can continue in the workplace, with desks being placed the required distance apart.

Many more are placing one-way systems throughout their buildings so employees can only walk in either a clockwise or anti-clockwise direction throughout, again to avoid accidentally getting too close to each other and again, spreading the virus.

Some companies have also removed the necessity to swipe your identity pass to get into the building, instead opting for a QR code to be scanned from your phone, or even installing facial recognition cameras.

Larger companies are also being encouraged to invest in air filtration systems, a system that Volkswagen already has in place but is now set to max at their Wolfsburg plant.

However smaller companies may suffer as they do not have the budget for bigger installations, yet they can place Perspex glass by their desks or workstations to stop germs being spread when speaking with other colleagues.

The global pandemic has seen the number of daily users of their messaging and conferencing program increase by 70% in the last month, with 75 million users each day.

With the belief that coronavirus has changed the way we work forever, Spataro said, “We have a time machine in countries like China and South Korea have returned to work and school, and Teams usage continues to grow.”

It is not just offices and factories that have to implement changes. The way we shop has shifted dramatically thanks to stores closing around the world. Many customers are now heading online to buy their shopping.

Deborah Weinswig, Coresight Research’s CEO has noticed that as millions of us around the world have been forced to stay home, new routines have emerged saying, “They always say it takes 21 days to change a habit. We are changing our shopping habits, and some those will be quite sticky.”

She also believes that Nike’s change has been received so well it “could change the curve that [it’s] on for many years to come.”

Although Nike had dedicated more resources to online shopping before the pandemic, Weinswig confirmed that their business has “really accelerated” over the last few months, something that has been attributed to their app that was launched in China while they were in lockdown.

The app was seen to encourage its users to stay fit while in lockdown by using their virtual “training club”. The biggest pull for the app was the fact it was free which was ‘critical’ for Nike’s increase in digital sales – up by over 30% – as well as their weekly active users – an increase of 80%.

While products such as limited edition sneakers were launched online, the fact the company were able to adapt so early was crucial to their success.

The UK Is Past The Peak of The Virus, Government Announces
Scroll to top