Blog - Latest News
You are here: Home1 / Around The Web2 / World3 / How China Will Take Over The World 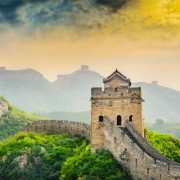 There is a new cold war on the horizon. But instead of oil, the space race, or nuclear weapons, this one is being fought through the penetration of currencies, specifically the US Dollar against the Renminbi, also frequently referred to as the Chinese Yuan.

Since Facebook announced its new stablecoin project Libra, in June of 2019, Mark Zuckerberg has been tried in the court of public opinion. Both Congressional and House Financial Services Committee hearings have essentially made a mockery of our government and showed just how technologically outmoded many of our politicians are.

But while Congressional Representative Katie Porter was commenting on Zuckerberg’s haircut and Congressman Warren Davidson was asking about “shitcoins,” China has been enjoying the spectacle from afar and making its own move. Namely, The People’s Bank of China (PBOC) is only a few months away from launching the digital version of the Chinese Yuan, making China the first country in the world to have a digital central bank currency. This historical move has been 80 years in the making, and is the ultimate checkmate in the game of economic expansion.

The single most transformational economic event over the last century was World War II (1939-1945). As governments overprinted and overspent money on defense, many European nations were faced with financial bankruptcy and saw their currencies significantly devalued. And when the war was finally over, their balance sheets were far too weak to rebuild infrastructure or meaningfully participate in international trade.

Young Girls Learn And Laugh With Science
Scroll to top